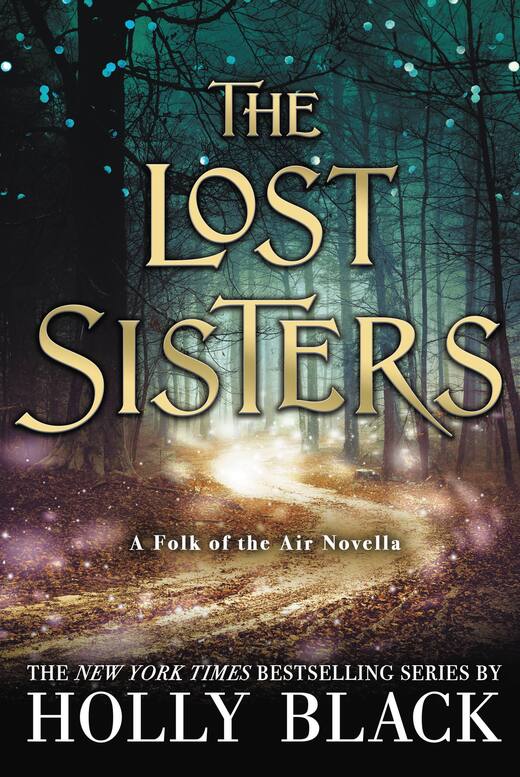 Sometimes the difference between a love story and a horror story is where the ending comes...

While Jude fought for power in the Court of Elfhame against the cruel Prince Cardan, her sister Taryn began to fall in love with the trickster, Locke.

Half-apology and half-explanation, it turns out that Taryn has some secrets of her own to reveal.

The Lost Sisters is a companion e-novella to the New York Times bestselling novel The Cruel Prince, by master writer Holly Black. 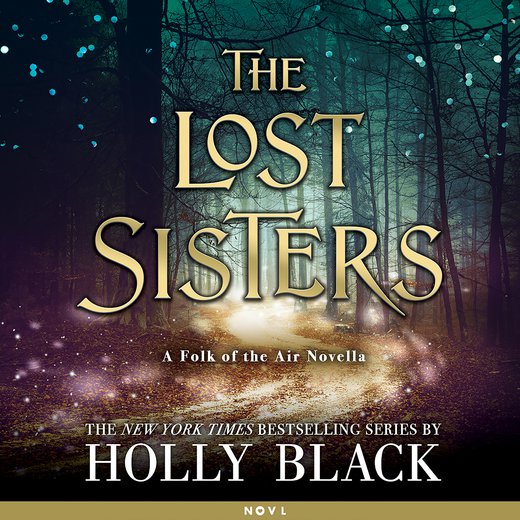 Do you remember the fairy story “Mr. Fox”?

Once upon a time, there was a girl who was beautiful and clever, adored by her elder brothers and by her suitors, who included a mysterious man named Mr. Fox. No one knew much of him, except that he was impeccably mannered and gallant, and lived in a very grand castle. The girl liked him above the rest, and soon it was agreed that they should be married.

The girl was not only beautiful and clever, but she was also curious, and so, before the wedding, when Mr. Fox said he would be away on business, she went to see the castle in which she would be living. It was every bit as grand as people said, with high, strong walls crawling with ivy and a deep, dank moat. As she got closer, she saw that over the gate words had been inscribed in the stone: BE BOLD, BE BOLD.

On she went, through the gate and to the door, where she found words again: BE BOLD, BE BOLD, BUT NOT TOO BOLD.

Still on she went, into the empty house. She walked through fine galleries and parlors until she came to an enormous staircase. There she found a door, over which more words were inscribed: BE BOLD, BE BOLD, BUT NOT TOO BOLD, LEST THAT YOUR HEART’S BLOOD SHOULD RUN COLD.

When she opened the door, she found that it was filled with the corpses of brides. Some were freshly killed, their gowns stained with blood. Others were nearly skeletal. All had clearly been murdered on the day of their wedding.

Horrified, the girl closed the door and ran down the stairs. She would have rushed out except, just at that moment, Mr. Fox came in the door carrying the body of his latest victim. The girl hid herself behind a large urn and made no sound as Mr. Fox carried his new bride up the stairs. At the landing, he tried to prize a ring off the dead girl’s finger, and when that failed, he took out a knife and sawed off her hand at the wrist. No sooner had he cut it off, though, slippery with blood as it was, it fell—right into the lap of the hidden girl. Resolving to look for it later, he carried the body into his charnel room, and the girl made her escape.

The next day, Mr. Fox came to visit the girl, for it was time for them to sign their marriage contract. There, sitting with her brothers and her family around her, she recounted what had happened to her as though it had been a troubling dream. At every turn of her tale, Mr. Fox denied it, but when she pulled out the hand of the murdered bride with a ring still shining on one finger, no one believed his denials. Then the girl’s brothers leaped up and cut Mr. Fox into a thousand pieces.

It’s the kind of thing you like. The wicked are slain, with swords no less. Vengeance is had. Boldness is rewarded. But what about all those girls, all those obedient girls who trusted and loved and wed and died? Weren’t they bold, too?

I bet you don’t think so. I bet you think they were just stupid.

That’s your problem in a nutshell. You’re judgmental. Everyone makes mistakes. They trust the wrong people. They fall in love. Not you, though. And that’s why it’s so hard to ask you for forgiveness.

Let’s start with a love story.

Or maybe it’s another horror story. It seems like the difference is mostly in where the ending comes.

Once, there was a woman who was beautiful and clever and, because of her beauty and cleverness, believed that she would always be happy. Perhaps she should have known better, but she didn’t.

When she met her future husband, he carried the scent of blood and oiled steel and windswept rocks. He courted her with charming old-fashioned ways. He was the promise of the unfamiliar, the epic. And if he made her parents uncomfortable and her friends afraid, that only made her love bigger and feel more important. If she had reservations, she buried them. Everything else had always turned out well for her. She could not imagine it being otherwise.

And so she went to dwell with him in his castle across the waves and discovered all the horrors he’d kept secret.

I wonder if you think Mom was stupid, like the dead girls in the first story. . . .