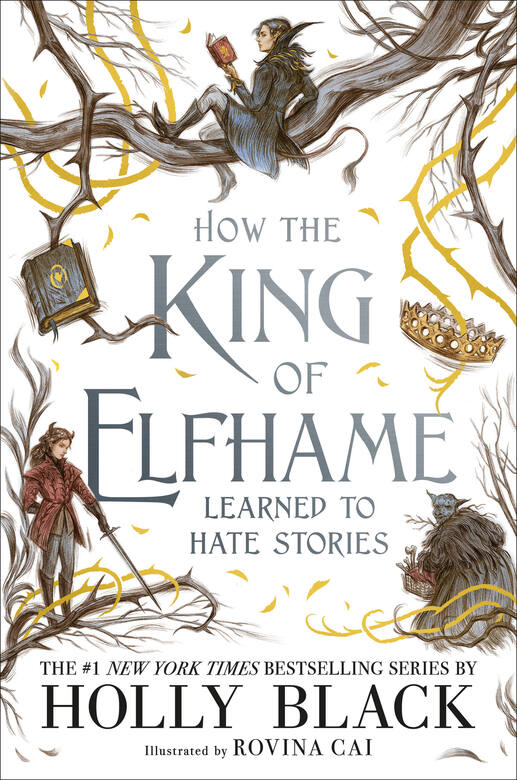 Once upon a time there was a boy with a wicked tongue...

Before Cardan was a cruel prince or a wicked king, he was a faerie child with a heart of stone. In this sumptuously illustrated tale, Holly Black reveals a deeper look into the dramatic life of Elfhame's enigmatic high king. This tale includes delicious details of life before The Cruel Prince, an adventure beyond The Queen of Nothing, and familiar but pivotal moments from The Folk of the Air trilogy, told wholly from Cardan's perspective.

This new instalment in the Folk of the Air series is a return to the heart-racing romance, danger, humour and drama that enchanted readers everywhere. 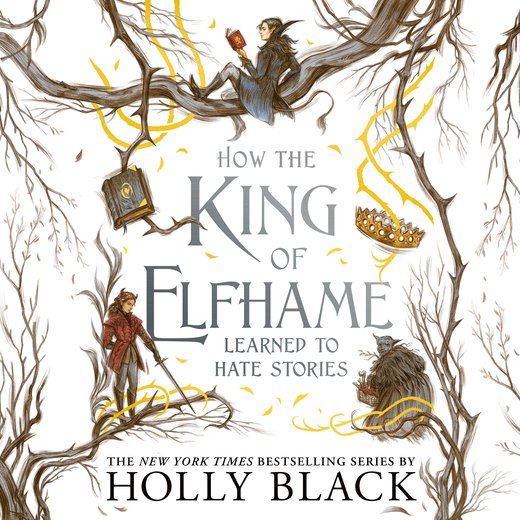 This?” he demands, looking down at the waves far beneath them. “This is how you traveled? What if the enchantment ended while Vivi wasn’t with you?”

“I suppose I would have plummeted out of the air,” Jude tells him with troubling equanimity, her expression saying, Horrible risks are entirely normal to me.

Cardan has to admit that the ragwort steeds are swift and that there is something thrilling about tangling his hand in a leafy mane and racing across the sky. It’s not as though he doesn’t enjoy a little danger, just that he doesn’t gorge himself on it, unlike some people. He cuts his gaze toward his unpredictable, mortal High Queen, whose wild brown hair is blowing around her face, whose amber eyes are alight when she looks at him.

They are two people who ought to have, by all rights, remained enemies forever.

He can’t believe his good fortune, can’t trace the path that got him here.

“Now that I agreed to travel your way,” he shouts over the wind, “you ought to give me something I want. Like a promise you won’t fight some monster just to impress one of the solitary fey who, as far as I can tell, you don’t even like.”

Jude gives him a look. It is an expression that he never once saw her make when they attended the palace school together, yet from the first he saw it, he knew it to be her truest face. Conspiratorial. Daring. Bold.

Once, she told Cardan the story of confronting Madoc after she’d drugged him, but before the poison began to work. While Cardan was in the next room, drinking wine and chatting, she was swinging a sword at her foster father, stalling for time.

I am what you made me, she’d told him as they battled.

Cardan knows Madoc isn’t the only one who made her the way she is. He had a hand in it as well.

It’s absurd, sometimes, the thought that she loves him. He’s grateful, of course, but it feels as though it’s just another of the ridiculous, absurd, dangerous things she does. She wants to fight monsters, and she wants him for a lover, the same boy she fantasized about murdering. She likes nothing easy or safe or sure.

Nothing good for her.

“I’m not trying to impress Bryern,” Jude says. “He says I owe him a favor for giving me a job when no one else would. I guess that’s true.”

“I think his presumption is deserving of a reward,” he tells her, voice dry. “Not, alas, the one you intend to give him.”

She sighs. “If there’s a monster among the solitary Folk, we ought to do something about it.”

There is no reason for him to feel a frisson of dread at those words, no cause for the unease he can’t shake.

“We have knights, sworn to our service,” Cardan says. “You’re cheating one of them out of an opportunity for glory.”

Jude gives a little snort, pushing back her thick, dark hair, trying to tuck it into her golden circlet and out of her eyes. “All queens become greedy.”

He vows to continue this argument later. One of his primary duties as the High King appears to be reminding her she isn’t personally responsible for solving every tedious problem and carrying out every tedious execution in all of Elfhame. He wouldn’t mind causing a little torment here or there, of a nonmurdery sort, but her view of their positions seems overburdened with chores. “Let us meet with this Bryern person and hear his tale. If you must fight this thing, there’s no reason to go alone. You could take a battalion of knights or, failing that, me.”

“You think you’re the equal of a battalion of knights?” she asks with a smile.

He might be, he supposes, although there’s no telling how the mortal world will affect his magic. He did once raise an isle from the bottom of the sea. He wonders if he ought to remind her of that, wonders if she had been impressed. “I believe that I could easily best all of them combined, in a suitable contest. Perhaps one involving drink.”

She kicks her ragwort steed forward with a laugh. “We meet Bryern tomorrow at dusk,” she calls back, and her grin dares him to race. “And after that, we can decide who gets to play the hero.”

Having only recently stopped playing the villain, Cardan thinks again of the winding path of decisions that brought him to this unlikely place, here with her, racing over the sky, planning to end trouble instead of making more of it.

Many times in his first nine years, Prince Cardan slept in the hay of the stables when his mother didn’t want him in their suite of rooms. It was warm there, and he could pretend he was hiding, could pretend that someone was looking for him. Could pretend that when he was not found, it was only because the spot he’d chosen was so extremely clever.

One night, he was wrapped in a threadbare cloak, listening to the snuffling sounds of faerie steeds, of deer and elk, and even the croaks of great riding toads, when a troll woman stopped outside the pen.

“Princeling,” she said. Her skin was the rough bluish-gray of river rocks, and she had a wart on her chin, from which three golden hairs grew. “You are the youngest of Eldred’s spawn, are you not?”

Cardan blinked up from the hay. “Go away,” he told her as imperiously as he could manage.

That made her laugh. “I ought to saddle you and ride you around the gardens. . .