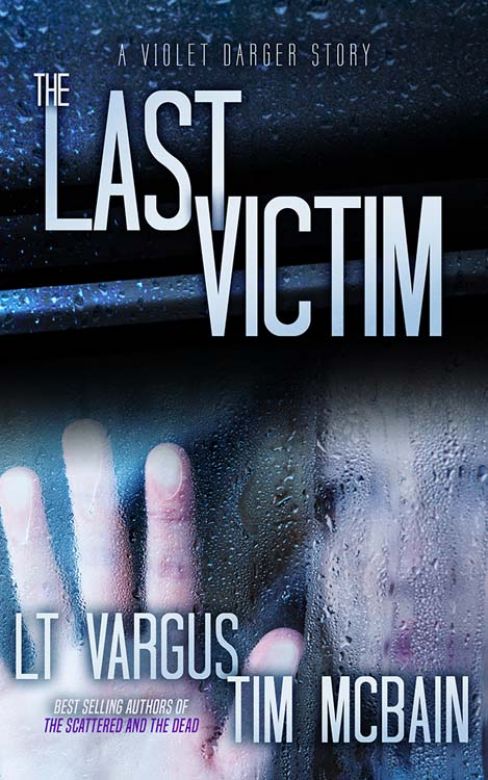 New crimes lead FBI profiler Victor Loshak to revisit former scenes and witnesses in the Las Vegas area. The evidence suggests the return of a notorious and brutal serial killer from years ago -- the one who got away.Loshak conceals his work from his partner, Violet Darger, and tries desperately to stay one step ahead of both her and the murderer.Leonard Stump is back. Maybe. And things are about to get so much worse.While the Darger books can be read in any order, here is the chronological order of the series:Dead End Girl
Image in a Cracked Mirror (A Darger Novella)
Killing Season
The Last Victim (A Darger Novella)

Praise for the Violet Darger series:

"The Violet Darger books are honestly the best detective novels I've ever read." -- Devin"Wow, just wow! If you like scare-you-half-to-death mystery books this is the one for you. It starts with a bang and just doesn't stop." -- Ada Lavin"Violet Darger is a unique, incredible character, and I immensely enjoyed taking this journey with her." -- Cat"A rush of excitement, twists and turns." -- C. Munger"Insightful, bloody. Page turner about the corruption of morality and warped thinking patterns." -- Bella from Readingnstuff.com"Refuses to let go until you have read the last sentence." -- Bloodymummer"I found myself completely invested in every character, from the authorities to the killer to the victims themselves." -- eden Hudson, author of Revenge of the Bloodslinger"It's not a glimpse...it's a good long look inside the mind of a killer. It's fast paced, it's scary, and it's satisfying." -- Rain"If you are a fan of Silence of the Lambs, this book is a spiritual successor." -- Amazon customer"Vargus and McBain spin a fine tale with characters I want to climb inside--but not in a weird way." -- Jeanne Tarrants 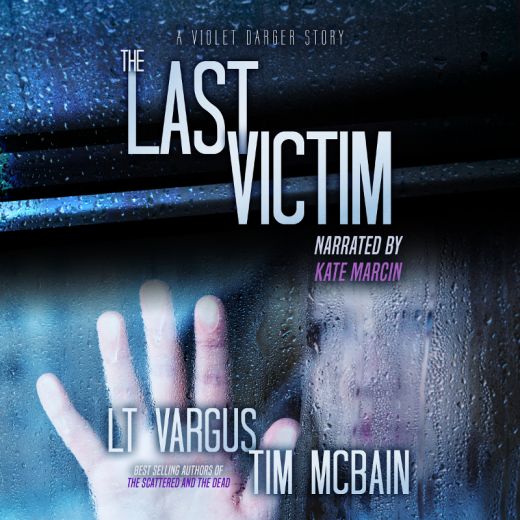 Her headache throbs. A slow, even pulse of pain.

And a whoomp pounds along with it, a choppy sound from within like a helicopter encased in her skull.

Claire feels it. The blood slamming through the veins in her temples, and the muscles there knotting and spasming. It makes her jaw clench and unclench.

Something isn’t right. She knows this, but she doesn’t know why, doesn’t quite know what’s happening here.

Wherever she is, she is sleeping. Or was. Can’t quite bring herself to open her eyes even now that alarm bells are blaring in her head.

Every thought is a little fuzzy. A little distant.

She tries to focus. Tries to remember or otherwise determine where she is.

The first sensory details occur to her.

Warmth radiates in the core of her body. A roiling, angry heat like a broken radiator stuck on full blast.

But a chill touches the flesh of her face. Not a wintry chill so much as that heavy cold that settles over everything in the deep of the night.

She is moving. Feels the tug of gravity shift, the twitch and vibration of motion.

And then the sound fades in.

The white noise of a car engine. Steady. Constant.

The realization wrenches something free in her memory. A shard of the night restored all at once.

They’d gone to the bar. Her and Tammy. It was $1 PBR night at The Mystic and neither of them had class in the morning.

She remembered Tammy handing her that third beer, the cold yeasty taste of it on her lips, but after that?

Everything in her head seems to jumble up. A stream of nonsense images. Mundane flashes of people crowding the bar, drinking and talking. Clouds of smoke expanding around goateed faces and then vanishing.

With a little extra prodding, her eyelids peel open at last, one then the other.

She blinks a few times, and the dark blur sharpens around her, revealing her vantage point.

She slumps in the backseat, half lying on Tammy.

Her friend appears to be submerged in a deep slumber of her own, her mouth shiny in the moonlight, slicked with the drool spilling down her chin and pooling on the pewter upholstery.

The silhouette of a man occupies the driver’s seat, two hands on the wheel, fingertips drumming lightly. At first she thinks it’s Tammy’s friend, Eric — the square chin and jaw seem right in profile, but it’s too dark. She’s not certain.

The idea that this is a stranger lets that chill in her face snake tendrils of cold down into her chest.

She would never take a ride home from a stranger. Never ever.

But Tammy would. Tammy was always getting them into trouble.

And she can’t panic. Won’t panic. Takes a breath.

She looks out the windows, scans for clues about their location.

The spiky plumage of cholla, yucca, and other cacti populates the side of the road with rocky hills in the background. She can see the looming silhouette of the mountains off to the left. They're on one of the canyon roads, but she has no idea which one it is.

One thing is clear, though: They’re moving away from the city.

The blacktop shimmers before them, practically glowing under the glare of the headlights. The yellow lines of reflective paint shining so bright.

None of this makes any sense. At all.

The car slows as it rolls up to a stoplight, and street lamps glint yellow light over them, lighting up the backseat and casting new shadows everywhere.

She blinks a few times, letting her gaze fall to the floor.

An empty pair of Converse All-Stars rests off to the left of where she and Tammy sit. Chuck Taylors. Pink and tiny.

Tammy must have taken off her shoes when they climbed into the car. Gotten comfy. She never realized her friend’s feet were so minuscule.

Her gaze shifts, however, and she sees the red kitten heels adorning Tammy’s limbs.

Tammy may own a pair or two of Converse — Claire was pretty sure she did — but she wouldn’t have worn them out to the bar tonight. Not her style.

Claire looks at her own feet, wiggling the toes of the Adidas Sambas a little as though to verify that they are her own.

If the shoes aren’t Tammy’s, and they aren’t hers…

Her torso squirms involuntarily, some shuddering of muscles that seems to roll over her in waves. It was almost like her body had made some leap in logic and was waiting for her brain to catch up.

The stories on the news about the girls being abducted. Kept for two days. Killed. Burned. The same guy who’d murdered all those girls in Colorado according to the experts.

They didn’t even know what he did to the girls. Not exactly. The bodies were all burned too badly to offer forensic evidence.

And one part of her thinks with total certainty that she is crazy. Paranoid. Delusional. Childish.

This isn’t a serial killer. It’s just some guy that Tammy asked to give them a ride home. Probably someone she knows from one of her classes or something.

But now she is awake.

She watches the dark figure in the front seat as she wriggles into a semi-upright position, peeling her top half away from her unconscious friend.

Apart from those fingers still drumming on the steering wheel, he doesn’t move. The glint of the red light shimmering against his pale flesh blinks away to black and then the light comes back green.

The car lurches to life, the engine purring once more.

She gives Tammy a little poke in the ribs with her elbow, prodding lightly at first and then harder the second time.

She hopes her friend will come around slowly, without panicking. They need to get organized without him realizing they are awake.

But Tammy is motionless. Zonked. Totally oblivious to the sharp bone now applying enough pressure to bruise the flesh swaddling her ribcage.

Again that cynical part of her laughs at her fear. Finds it hilarious and egotistical to assume a killer would pick her and Tammy out of the crowd. That anything so dramatic would ever happen to her. Ridiculous.

She moves to grab Tammy’s upper arm and give her a shake, but her hands are clumsy. Awkward. She tries again, but they won’t quite obey. Almost like they are stuck together.

It takes her a full second to realize that a zip tie fastens her arms at the wrist. Thick plastic. Opaque.

And then she sees Tammy’s hands folded as though in prayer, the ring of plastic lashing them together.

She bites her lip to stifle the rush of breath entering her lungs, fights to quiet that telltale gasp.

Because it’s not her imagination.

He is going to kill her.

He is going to kill both of them.