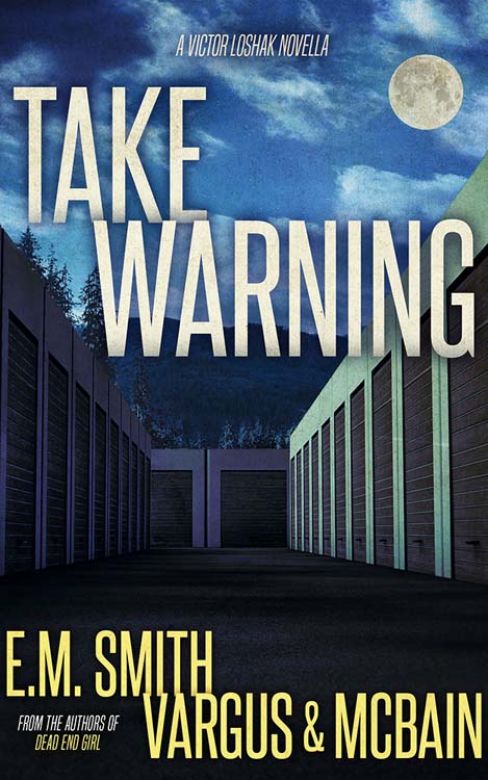 FBI profiler Victor Loshak works a brutal murder case in Watertown, New York -- a woman found strangled in her basement, her face gone purple and baggy.But as he sifts through the crime scene details, his mind keeps drifting back to Kansas City, his last job. The human trafficking case there ended in something of a cliffhanger, and it's a loose end that everyone else in law enforcement seems in no hurry to tie up.The truth is out there. Always just out of reach.Loshak finds himself changed by the events that transpired in Missouri. His worldview shifted. His priorities shuffled. He reaches out to the people close to him, hoping to make major changes in his personal life.But they are watching.When Loshak pursues leads relating to Kansas City, however, the warnings start. They are watching him. Seem to know everything about him. If he keeps working the human trafficking case, everything -- and everyone -- he cares about will be in jeopardy.Justice bears a heavy cost. How high of a price will you pay?The shape of a man's life is largely defined by what passions he pursues, Loshak decides. Now he will choose what that means for him.While the Victor Loshak novels can be read in any order, we recommend reading this short after having read the earlier books in the series. Here is the full list of Loshak books in chronological order:Beyond Good & Evil (Victor Loshak Book 1)The Good Life Crisis (Victor Loshak Book 1.5)What Lies Beneath (Victor Loshak Book 2)Take Warning (Victor Loshak Book 2.5) 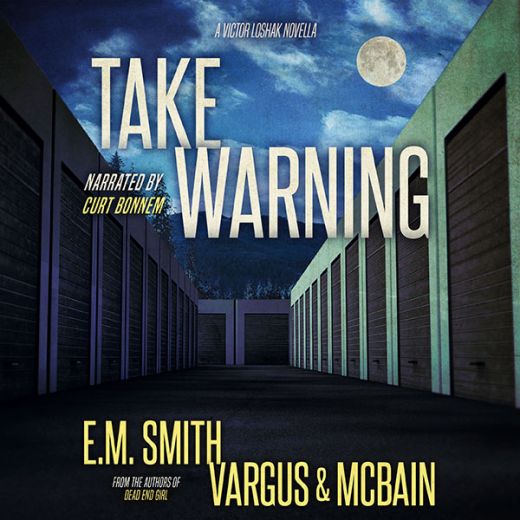 Special Agent Victor Loshak didn’t think he was being followed, but he wanted to be sure — needed to be sure.

Loshak climbed into his appletini-colored Saturn Vue, his head swiveling to take in his surroundings all the while. He sat his briefcase in the passenger seat and his half-empty coffee in the cup holder, then buckled up. There were only a handful of cadets crossing the green space next to the staff parking lot, and none of them were looking his way. If they had they would’ve seen nothing out of the ordinary. Just Agent Loshak, one of their professors, getting in his grandma car to head home after his last lecture of the day.

As he put the car in gear and backed out, Loshak snorted a little laugh at the Inception-esque viewing of himself from imagined outside perspectives. It was a self-soothing mechanism that people with guilty consciences started to develop, but in his case, it came more from feeling dumb than from worrying about being found out. The fact that one tiny fraction of his mind kept whispering, But what if someone does find out? only served to make him feel more stupid. If someone found out, they would laugh at him, tell him he was watching too much Criminal Minds, and he would laugh with them.

With Quantico growing smaller in his rearview mirror, however, that little nervous tingle in his gut grew bigger. He shouldn’t have had that last cup of coffee. Too much caffeine could mess with your nervous system, give you the jitters, make you anxious. Tomorrow he was stopping after four cups, switching over to Fanta after lunch. That was caffeine-free, wasn’t it?

Houses sped by out his windows, getting more and more spaced out as he left town. All pretty nice-looking, good upkeep. None of them were his. His was in the opposite direction.

There was more profiling to be done there, the indications of pushing something as far from yourself as possible, like a subject in an interrogation suddenly sitting back in their seat to put distance between themselves and a question.

Loshak tried to ignore it. Pulled off at a lone Shell station and got gas. A quick pit stop for a fresh cup of coffee to replace the cold half-empty one in his console, reminding himself that since he’d mentally agreed to start drinking less tomorrow, today was still fair game. Then he was back on the road, a little two-lane that passed through miles of cornfield and woods.

Something about the scenery change made him tense. Maybe it was the way the stalks seemed to fence him in on either side or how dark they seemed in comparison to the white-steel autumn sky.

Or maybe it was that gas station coffee he shouldn’t be drinking.

He took another sip.

Finally, he crested the last hill, and the storage place popped into view. One of those little family-owned no-name places. Just three rows of units. No security cameras. Not even a chain link fence.

He slowed down and pulled into the gravel parking lot, the rocks grinding beneath the tires, gently vibrating the car like one of those coin-op Magic Fingers beds you used to find in cheap motel rooms.

What happened to those things? He hadn’t seen one in years. Though he did spend most of his trips in chain hotels nowadays. That was probably what happened, Holiday Inn and Super 8 had gotten too classy for a bed that gave you a 25-cent massage.

Loshak chugged down the dregs of his coffee. Rounded the last building, pulled up next to C19, and killed the engine. The car gave a slight shimmy as it shut down. Somewhere in its guts, the electrical components whined.

Then they stopped, and there was nothing but quiet. Just silence pushing in from all directions. It was almost overwhelming.

Loshak wiped his hands on the thighs of his pants. They always got a little sweaty out here, and chugging that extra coffee wasn’t helping.

He leaned forward and reached under his seat, fumbling around until he found the Hide-A-Key box magneted inside the metal frame, out of sight.

Key in hand, he sat back up and swiveled his head, looking out each of the windows. Making sure no one was around, making sure the squat little metal structures concealed his car from… from what? The road? Onlookers with binoculars? A drone programmed to tail his every move?

He smirked. An electronic eye watching him from the sky would be able to see him clearly. The people who owned this place kept the tree branches trimmed back away from their buildings. So even if this feeling was justified, there wouldn’t be anything he could do about the overhead view.

He climbed out of the car feeling silly for even considering that. Little half-laughs puffed out of his nostrils, and the embarrassment warmed his cheeks a touch as he went to the rolling storage unit door and jammed the key into the padlock.

Maybe all of Spinks’ conspiracy theory talk was starting to get to him, the reporter’s paranoia worming its way under his skin, spreading to a new host like an infectious disease. That must be it. What else would make him listen for the telltale buzz of drone rotors like he was somehow significant enough to rate surveillance?

Then again, if it were really nothing, would he have gone to all this trouble? He had set up shop way out here in the middle of nowhere of his own volition. If this was really no big deal, he would’ve just kept it in his office at home, wouldn’t he? Hell, if it was nothing, why not smack in the middle of the BAU?

With the padlock nestled in his pocket, he rolled open the door, cringing slightly at the rattling noise it made as it slid up and out of the way. He ducked into the shadowy interior and pulled the door down behind him, fast. It hit the bottom of the track and bounced. He’d overdone it a bit in his hurry, which might be proof in itself. Because if he really thought there was nothing to worry about, he wouldn’t care who saw what was inside.

But even Spinks didn’t know about the storage unit.