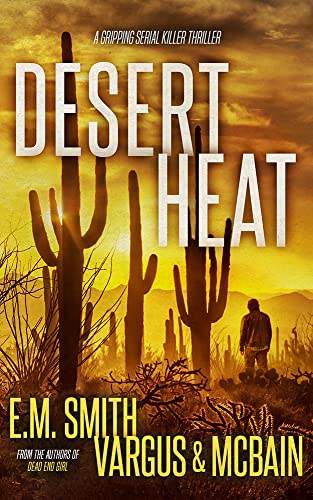 The desert holds its kill up to the sun. A human body draped over the limbs of a cactus. Sand scouring the naked flesh every time the wind blows.

A shocking death launches Special Agent Victor Loshak on a new investigation with an ominous message: They know everything. He heads to Tucson, Arizona, where a recent murder spree seems to be linked to the human trafficking conspiracy he's been working in secret for months.

Loshak still has dreams about the Kansas City case. Nightmares about the team of techs peeling up the floorboards in a suburban home. Finding the rotting bodies face down in the muddy earth of the crawlspace. A grisly discovery that ultimately led to more questions than answers.

Now he may be closer than ever to solving the puzzle.

If you follow the conspiracy rabbit hole all the way down, you eventually reach the bottom.

The task force working the desert murders seems oblivious to the conspiracy link, and Loshak must tread lightly. He doesn't know who to trust, what information to share.

The tendrils of the human trafficking ring lead in all directions outward from that Kansas City crawlspace. Their influence reaches the highest levels of government and law enforcement. They have eyes and ears everywhere.

Even with the complications, the Tucson case slowly unravels the web of connections behind the crimes, both the murders and the conspiracy.

But the revelations bring about the gravest danger yet.

The novels in the Victor Loshak series can be read as stand-alones. Scroll up and grab Desert Heat now.
Read more