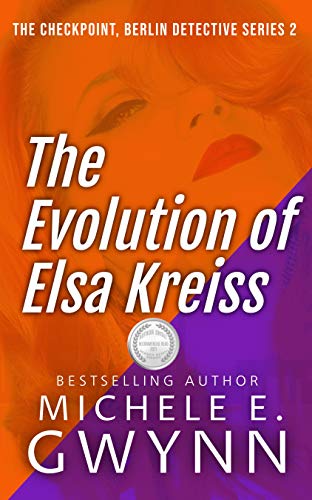 The Evolution of Elsa Kreiss


As a case involving three missing girls unfolds, rookie cop Elsa Kreiss encounters a handsome rogue with a strong aversion for authority. An art buyer at a local gallery, Lukas Trommler exudes culture with an edge of danger, yet there is more to the man than meets the eye. Trommler invites her into his world where she comes face to face with Yuri Ivchencko, one of the wealthiest men in the world with ties to the Russian mafia. When Elsa goes missing, her mentor Kommissar Joseph Heinz abandons his current case to rescue his protégé, an action that brings him face to face with a man from his past, one he believes responsible for the cold case that haunts him still. The more he digs for clues to Elsa's whereabouts, the more evidence is revealed linking the three missing girls to his own unsolved case.

The stakes are high as Heinz races to save Elsa and locate the missing girls before it's too late, but will he save them in time?

"The Evolution of Elsa Kreiss is a much darker book...The villains are dark, creepy, arguably crazy.  I couldn't put this one down." ~ Aurora Dawn

Get The Evolution of Elsa Kreiss today and dive into your next favorite series! (Winner Author Shout 2021 Reader Ready Recommended Read)

⚠18+ for Language and Adult Situations