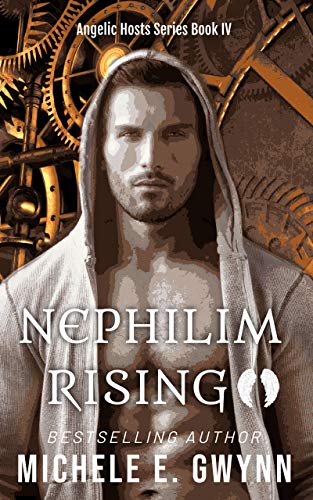 The archangel Gabriel has been busy over the millennia and Antonio Diaz, a Marine Sergeant—and something else not quite human—is the result. And now he's the new guardian!

Following news of his father's passing, unbelievable secrets are revealed tearing a Marine's world apart. With the full blood moon rising soon, Sgt. Antonio Diaz faces a battle the likes of which the combat soldier has never seen, nor is he prepared.

Blanca Ramos grew up the hard way, an orphan caring for her little brother as they bounced from one foster family to the next. Harassed by a local drug dealer, she fears for her safety. When Blanca's brother goes missing, she confronts the thug embroiling herself in a dangerous situation she cannot win. Saved by a handsome stranger Blanca finds herself attracted to her rescuer. But Antonio has a terrifying secret, one that will forever change her destiny.

An ancient prophesy unfolding sends earth-bound demons scrambling for dominion over Hell. With the help of an army of angels, Antonio must face the threat head-on to save both Blanca's life...and his soul!