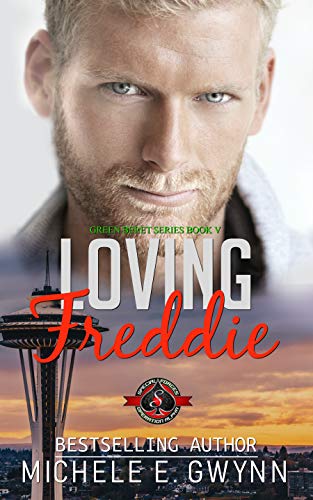 A devastating loss leads Lt. Allen Williamson to the woman of his dreams, but to save her, he must face the monster from his nightmares!

After suffering horrific abuse as a child, Allen Williamson struggled his entire life to fit in. Finding acceptance in an elite team of Green Berets, his life and his career were on the right track until a call from home derailed everything. The sudden loss of his mother brings him back to Mountlake Terrace, and puts him directly in the path of her colleague, Freddie, whose keen observation leaves Allen both annoyed and intrigued. Despite his broken heart, he finds himself unable to ignore her allure.

Frederika Samuelson was all too familiar with loss, having run away from painful memories left behind in northern California. Or so she thought. When her friend and mentor passes unexpectedly, old wounds are re-opened. And when she comes face to face with her friend's single, soldier son, she finds he's not at all what she expected. Quiet and in control, he stirs both her suppressed desire...and tremendous guilt. Curious, Freddie finds her body overruling her head leading to a night of surprising passion! Beneath his Boy Scout exterior lurks fifty shades of kink.

For Freddie, their mutual passion is a revelation. For Allen, it's a dream come true. But after a night of carnal bliss, Freddie goes missing. With his own team deployed, and his hometown caught in the middle of a squall, Allen finds himself alone with the clock ticking! To save Freddie, Allen must face a terrifying monster from his past, one who nearly killed him years ago. Will the monster finally succeed in his vengeance or will Allen find a way to put an end to his nightmare once and for all, and save the woman he's grown to love?