The next generation of Etherya’s Earth begins…

Calinda, daughter of Darkrip and Arderin, has never quite fit in the immortal world. Raised alongside humans, she returned to the realm as the subject of a cryptic prophecy. Feared by some and shunned by others, Callie struggles to understand her place in the kingdom. When a handsome suitor begins to court her, she is taken by his ardent gestures, even if she has doubts.

Stoic Vampyre soldier Brecken grew up far from royal castles and wealthy aristocrats and understands he and Callie are worlds apart. Silently, he guards her and her suitor, falling for her more each time he hears her silken laugh and observes her kindness toward his little sister. He might not deserve her, but he vows to keep her safe.

When Callie’s suitor betrays her by aligning with their enemy, Brecken is there to pick up the pieces. As the final battle with Bakari draws near, Brecken continues to protect Callie, knowing a future between them is uncertain. But Callie is determined to defy the prophecy and prove to her heroic soldier that destinies are never set in stone… 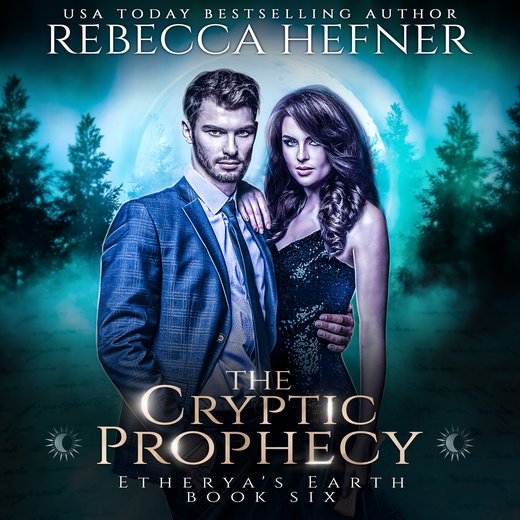 Brecken was frozen for some reason.  Staring down at Callie as she tied her shoe, he had the sudden urge to stroke her hair.  To soothe her and reassure her everything was going to be okay.

“All right,” she said, rising and flashing him a brilliant smile.  “Shoe is secured, and I’m ready to go.”

Tilting his head, he studied her.  “You handled that very well, princess.”

Shrugging, she turned and began walking while Brecken fell into step beside her.  “It’s happened all my life.  Well, since we moved back here from L.A.  People are scared of me, or think I’m a freak, or both.  But my parents taught me that I can’t control people’s actions.  I can only control my reaction, so that’s what I do.”  She glanced up at him, and Brecken forced himself to focus on her sparkling eyes, which were almost as alluring as those sparkly lips.  “Plus, we’re royalty and have to set an example.  So, I just deal with it.”

“Like Jack said, hopefully, the burden will ease when we defeat Bakari.  My father died in an ambush from one of his Deamon battalions when he was on a scouting mission over a decade ago.  One of the slimy bastards shot him point-blank in the chest with an eight-shooter.  He never stood a chance.”

“Oh, Brecken, I’m so sorry,” she said, her expression filled with such compassion he felt it wrap around his skin like a warm blanket.  “And you have five sisters to look after.  No wonder you put up with Zadicus.  Now, I get it.”

Lifting his eyebrows, he said, “I don’t think you’re supposed to speak about your future betrothed that way.”

“Oh, I’m not saying it in a mean way,” she said in a reassuring tone.  “He knows he’s stuffy and can be a bit dismissive sometimes.  We’ve talked about it.  He’s working on it, but it takes time, especially when you’re raised an aristocrat in the ‘old world’ mentality.”

“I think your influence is good on him,” Brecken said.  “I’m happy you two found each other.”

“Me too,” she said wistfully.  “I was sure I was going to die a washed-up spinster.  Thank the goddess someone was willing to look past the prophecy and court me.”  Her tone was teasing, but Brecken understood the underlying context.  Somewhere along the way, Callie had begun to believe she was unlovable.  It nearly broke his usually impassive heart, considering she was kind and compassionate and one of the most gorgeous women he’d ever met.

Gazing down at her, Brecken felt a sudden sense of loss.  What if they’d met under different circumstances?  What if he’d been the first man to show interest in her?  Would she have been open to dating a man far beneath her station who couldn’t even fathom living the lavish lifestyle she was used to?

Deciding it never would’ve happened, Brecken pushed the thoughts away.  Some things were just too far from reality.  A royal princess didn’t date blue-collar rural Vampyres from outlying compounds no matter how progressive their queen was.  Brecken was a realist and understood his place in the world, and it was clear he and Callie didn’t orbit the same circles.

Still, it was fun to imagine it for a moment.  Holding her and being draped in all that long, silky hair while they were locked in a passionate embrace.  Although he was pragmatic, he wouldn’t lie to himself about wanting her.  If he lived in a world where he had the chance to touch her, he’d latch on and never let go.