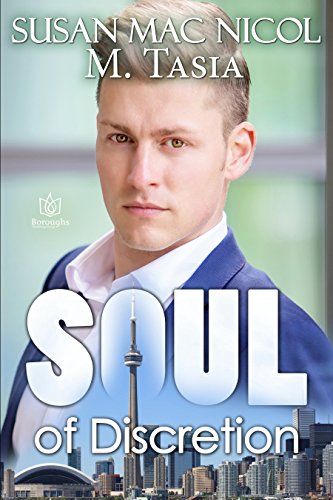 CAN YOU KEEP A SECRET

Simon Bridgeworth believes in loyalty, and keeping things in-house. When he discovers his best friend, who has been running the Canadian division of Simon's tech empire, has been skimming millions from the company, Simon flies to Toronto to get to the bottom of the theft and learns his friend has been murdered. Devastated and at a loose end, Simon knows there's no way the company's problems can be kept under wraps now. Imagine his surprise when he learns the Mountie investigating the murder is the first repeat Simon has allowed himself in years.

Sergeant Nick Cooper is a proud member of the Royal Canadian Mounted Police. He's served his country in the military, and now he's protecting the citizenry of Toronto. But devotion to duty is no longer enough. On a whim, Nick hooks up with Aristocrat69 on crUIzer, and what started as one night of incredible sex turns into an attraction neither man can ignore. When a grisly mob murder sends Nick to the Breakforce corporation, he is shocked to discover his lover is none other than its CEO. When Simon's life is threatened, ethical lines blur as Nick does anything to keep him safe - no cost is too high for the man who has become Nick's everything.