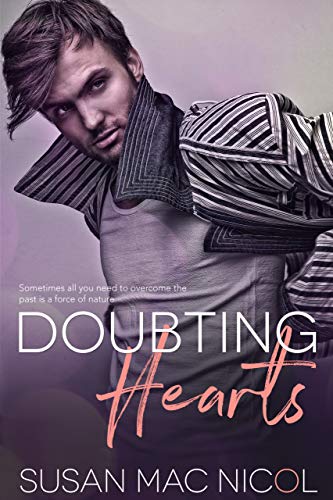 Sometimes all you need to overcome the past is a force of nature
When burly contractor Rain Engel is employed to build a bar in a rural hotel in the town of Stamford, he doesn't count on having to rebuild his faith in people too. The day Rain meets the hotel manager, the secretive and feisty Toby Prentiss, Rain's defences are laid bare. His confidence in matters of romance has been tested before and he doesn't want to get hurt again.
Former foster child Toby has a dark past too; one that only comes to light when violence strikes, leaving Toby exposed and raw. His emotions are once again shattered, but he needs to pick up the pieces of his life and carry on, as even more shocking news arrives to send his world into a tailspin. Luckily, he has Rain to help him through it—until Rain's ex-boyfriend arrives on the scene.
A stolen, passionate kiss in a lost property room, missing sheep, sexy pole dancing and a winter drought lead two stubborn men to realise sometimes the very thing they're searching for is in plain sight all along

This book was originally titled Waiting for Rain, published by Dreamspinner. It has a few changes and a new cover.