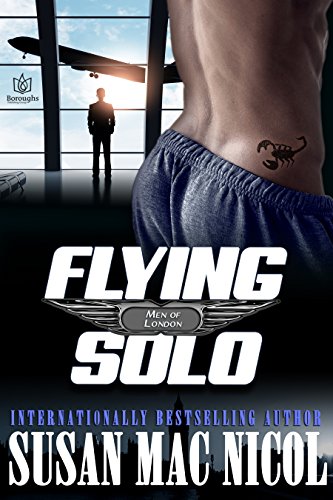 Flight attendant Maxwell Lewis has spent years cultivating a bon vivant image only to find he finally wants something more—and that something more includes the never-does-repeats game designer Gibson Henry.

Maxwell Lewis is proud of the life he's made. Having turned tragedy into triumph, he's now a beloved member of a Target Airlines cabin crew with more than his fair share of attention both in the air and on the ground. But lately he's wanted something more than the occasional hook-up or sometime sex buddy—particularly after meeting game designer and passenger Gibson Henry.

Talented and driven, Gibson has built a company ready to be the next big thing in gaming. Devoted to his work, he takes onetime pleasures where he finds them and never does repeats...which is what he tells handsome, sexy Maxwell Lewis after a little mile-high flight attendance. But a chance encounter in a London club is about to change things forever. Two men, one who's flown solo and another who's only ever played alone, are about to find that at some point all games come to end, it's time to bare your heart and try for love.