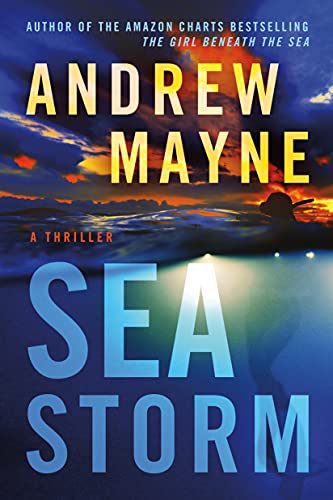 An explosive conspiracy sets the ocean roiling for a deep-diving investigator in a riveting thriller by the author of the Amazon Charts bestseller The Girl Beneath the Sea.

A distress call draws rescuers Sloan McPherson and the Underwater Investigation Unit to a cruise ship off the coast of Fort Lauderdale that’s sinking from a mysterious explosion. When it appears to be the work of an ecoterrorist and other ships are threatened, it becomes a race against time. More clues are discovered, and evidence is in danger of being washed away by a coming tropical storm. Sloan grows concerned that key details are being ignored, and a strange lack of urgency by authorities sets off alarms.

As the troubling questions compound, Sloan is determined to chase down every lead she has. Her persistence is getting her closer to the truth: that there’s something far more troubling at play than the official explanation. It’s also putting Sloan on a collision course with an enemy more powerful than she realizes, in a case so complex and deadly it may be impossible to prove. Now cracking the case is a matter of staying one step ahead of someone with every resource imaginable to bury Sloan and everything she knows.