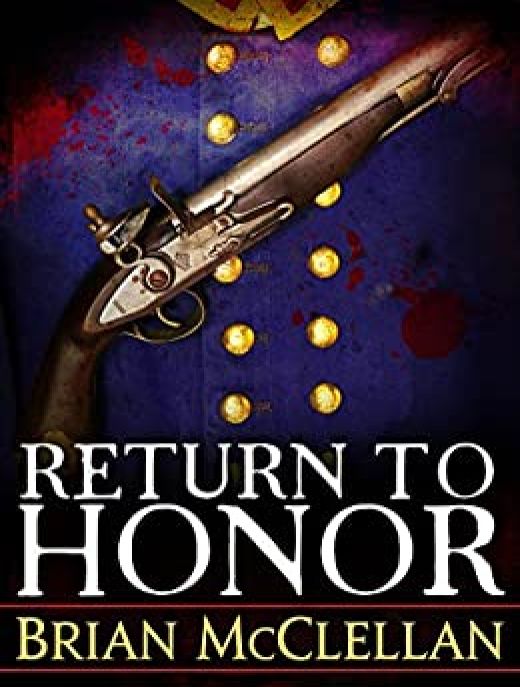 Brian McClellan Founding author
Follow
No one is exempt when there is a war -- and powder mages are desperately needed.
Genres: Action & AdventureEpic FantasyHistorical Fantasy
Buy now
Available in:
Share

Captain Vlora is a powder mage in the Adran army. Once the favored, adopted daughter of the field marshal, she is now a pariah amongst those she called her family. Her superior officers would like nothing more than to send her to a far off posting and forget about her, but no one is exempt when there is a war -- and powder mages are desperately needed.When a traitorous guard captain goes on the run with information that could harm the war effort, Vlora is sent on his trail. She has three days to find him; she will have to make new friends and test the limits of her skills. Fail, and good soldiers will die. Succeed and maybe, just maybe, she can begin to work her way back into the field marshal's good graces.A new story set in the world of the Powder Mage trilogy, the most acclaimed and action-packed new epic fantasy series in recent years. Return to Honor takes place directly following the events of book one, Promise of Blood. 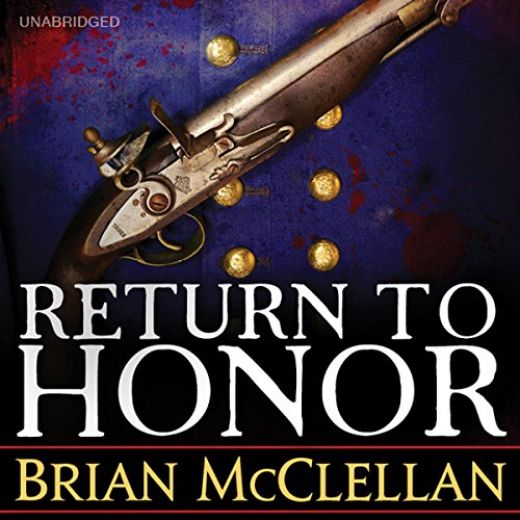 Captain Vlora stood the first honor watch over the grave of her fallen comrade.

She could feel the cool breeze of a summer storm blowing away the heat of the day. The small graveyard with its high brick walls cast deep shadows in the moonlight, but a sprinkling of black powder on her tongue gave her catlike vision. Powder mage sorcery enhanced her senses, calmed her nerves, sharpened her reflexes, but right now she just wished it would help her forget.

Vlora wore her dress uniform—dark Adran blues with silver buttons, red trim, and a silver powder-keg pin. Her rifle rested on her shoulder, a pistol and sword at her belt, and arms and shoulders at attention. The breeze tugged at her black hair pulled back in a tight braid.

The gravestone was a marble monolith nearly six feet tall, tapered to be slightly thinner at the top. It bore a stamp in the likeness of her own powder-keg pin and the name Special Commander Sabon.


She felt a grimace cross her face.

Sabon. The man who, nine years ago, had first noticed her as a little orphan girl with an unnatural inclination toward guns, and had directed Field Marshal Tamas to seek her out. The man who had been like an uncle to her—a little distant, like Tamas himself, but always willing to show her a new trick with gunpowder or switch between the roles of friend and superior officer as needed.

She could still remember looking out the window of her carriage and seeing the first shot of the ambush blow Sabon’s brains across the gravel drive of Charlemund’s villa. She could close her eyes and hear the screams of soldiers caught in the initial volley, remember how her heart had thundered in her ears as she fled, dragging a wounded soldier toward cover.

She wished that Charlemund had not been captured. That he was still out there so she could find him and wrap her fingers around his throat and make him suffer for all the lives his betrayal had cost.

She wanted to take the next few weeks to grieve properly for Sabon, but she did not have that luxury. Not with a war on. The most she could do was stand a four-hour vigil at his graveside.

The whine of the iron cemetery gate brought Vlora back to the here and now. She lifted her eyes to find a figure standing just inside the wall. He was a tall man in his sixties with gray hair and a mustache. He wore a uniform that matched hers, save for the golden epaulettes on his shoulders, and he carried a bicorn hat under one arm.

Vlora fought to keep herself outwardly calm. Sabon had been the field marshal’s closest friend, but she expected Tamas to avoid the grave during her watch.

Tamas didn’t answer. He came to stand beside the monument, looking down at the mound of earth. He remained in silent contemplation for nearly five minutes, still as any of the obelisks in the graveyard, before he seemed to notice her presence.

“I have work for you, Captain,” he said tersely, without a word of greeting.

Their relationship had been more than strained since the end of her engagement to Tamas’s son. The brusqueness was expected, but it still stung. To have a man she once considered her adoptive father behave so coldly, even in private, kept Vlora up at night.

“I’m leaving for the front in the morning,” he said.

“I’ll have my things ready to go,” Vlora said.

“You’re not coming yet.”

Vlora swallowed. She didn’t like the sound of that.

“A Prielight guard escaped the battle at the villa,” Tamas said, glancing down at the grave. “A man named Wohler.”

“Wohler means to go to the enemy with all of the intelligence that Charlemund gleaned during the meetings of my council, including troop movements and supply records. We’re not entirely sure how much information he has, but we know it has som. . .