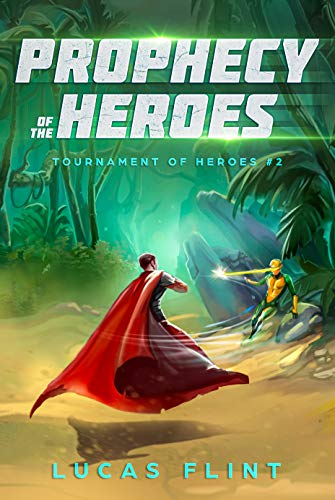 Prophecy of the Heroes

Aware of the Tournament of Heroes' true purpose, the four heroes—Bolt, Beams, Trickshot, and Winter—must translate the only known written copy of the mysterious Prophecy, whose contents may hold the key to saving the entire multiverse from destruction.

They must do it without alerting Sigil, King Aeno's right-hand man, who is hellbent on destroying the multiverse and forcing the heroes to help him do that. At the same time, a group of rebellious Nexian citizens rise up with the goal of overthrowing King Aeno and are willing to kill anyone, including the heroes, who might get in their way.

Yet Sigil and the rebels may be the least of the heroes' problems. Because even if the heroes successfully translate the Prophecy, what they read might destroy them.

Fans of Arrowverse crossovers and the Marvel Cinematic Universe will love this book!