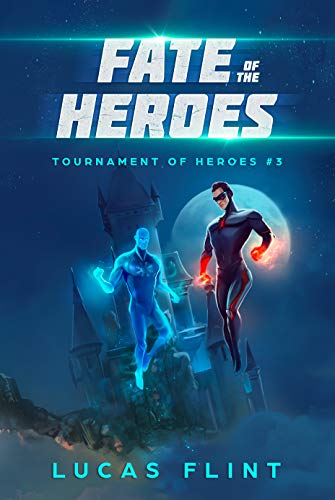 Fate of the Heroes

Two days. Two days left before the end of the Tournament of Heroes and the multiverse itself.

Bolt has fallen. He's been corrupted into the villainous Dark Thunder, a brutal enforcer who keeps the other competitors in line. Meanwhile, Sigil advances his plot to destroy the multiverse in accordance with the Prophecy practically unopposed.

Yet not all hope is lost. The three remaining heroes--Beams, Trickshot, and Winter--hatch a daring plan to save Bolt and stop Sigil before it's too late. They will need the help of Bolt's girlfriend, Blizzard, who holds the key to returning him to normal.

But to save the multiverse, one of the heroes will have to make the ultimate sacrifice.