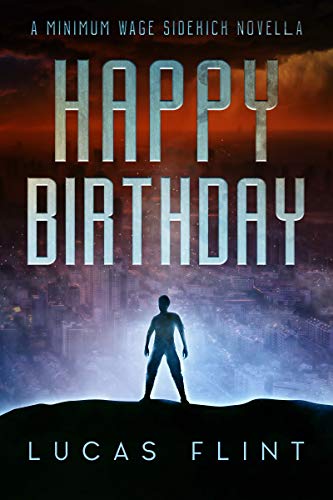 A boring field trip to the local historical museum quickly becomes deadly when one of Beams' classmates is kidnapped. The perpetrator: The supervillain Birthday Candles, an infamous criminal wanted throughout the whole country for his cannibalistic crimes.

Now Beams and Rubberman must track down Birthday Candles before he can eat Beams' classmate. Yet that is easier said than done when Candles pulls a disappearing act, forcing Beams and his boss to race against time before it's too late.

Set between the end of Minimum Wage Sidekick and the beginning of Dimension Heroes.