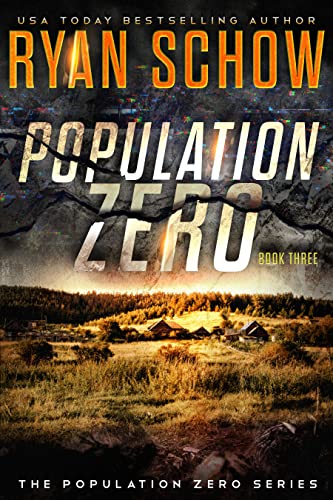 THIS SERIES IS NOW COMPLETE! The riveting conclusion to the hard-hitting new series, Population Zero, is HERE! Early readers are now saying that Population Zero: Book 3 is “the best book in the trilogy so far!” and “one hell of a way to wrap a series!”

Population Zero Books 1 and 2 introduced you to the worst cyber-attack in U.S. history, but is there a way to rectify it? To undo the damage done? Who are the players, what are the stakes, and can this nightmarish situation be reversed, or will we all plunge headfirst into the apocalypse?

Find out these things and more in the third and final book!

The need to exact vengeance…

….One human nightmare who deserves a fitting end.

Can Johan Schwein be stopped, or is he about to usher in the end of civilization?

While Slater and the L.A. team head to the bug-out house in San Rafael, they do so knowing that the road ahead is fraught with peril. Population Zero has agreed to give them what they want, but only so she can make matters worse. In this promise, PZ does not disappoint, and all hell breaks loose as a result.

When Elijah splits from the team to take care of his mother, he unknowingly attracts the worst of all enemies: the one he doesn’t see, not until it’s too late. There will be consequences for Elijah’s missteps, and people will die. But who will survive and who will perish? In the end, wars are not without their casualties, and all battlefields bear remnants of death and the blood of the fallen…

This will be no different.

Population Zero: Book 3 is a blistering ride through an all-too-familiar world on the brink of an apocalypse. PZ3 is a thriller told only the way Ryan Schow can tell it—with bone-crunching detail, a torrent of emotional highs and lows, some well-timed humor, a bit of absurdity, and…pickles.

Yep, you read that right.

If you think you have the story figured out, trust me, it will not go as you anticipate. Charge your Kindle, load up on caffeine and tissue, and then get ready for the best ride Population Zero has to offer…

BOOKS IN THIS COMPLETE SERIES: