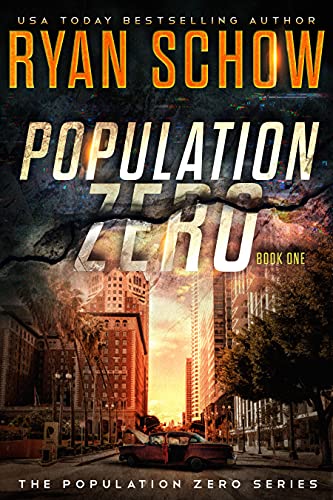 An elite group of billionaire sociopaths is unleashing a cyber attack on America. They intend to break the nation. The goal is depopulation. They have now gone from beta-testing to fully operational, and the world will never be the same.

Welcome to the apocalypse...

Population Zero is not just a weapon. It is the objective.

When internet talk-show sensation, Slater Corrigan, finds himself on a collision course with The Aatrox Group, he realizes that the nation is in grave danger.  Even though this isn't the first time Slater has played chicken with psychopaths, he has never met a monster quite like Johan Schwein for a man this vile tends to keep to the shadows.

As Slater, his brother Scout, and the Italian firecracker, Gabriella Esposito, learn about the might and power of Population Zero, they are left to wonder, is this the mother of all cyber attacks, or is the population of America about to be culled?

As the power grid fails and the very fabric of society begins to unravel, a mixed group of survivors will attempt to both solve and rectify a murder while navigating through a lawless, apocalyptic landscape in search of safety and answers. But can they endure a world pitched into darkness and chaos?  Will those they love most survive the fall?  And what kind of a war will they incite when sorrow turns to revenge?

Find out these answers and more in book one of the explosive new trilogy that early readers are calling, “Ryan's most prolific work to date!” and “An astounding effort that succeeds on every level.”

If you are hungry for high-concept fiction that weaves current events into a breathtaking, edge-of-your-seat romp, you will love this brand new post-apocalyptic techno-thriller from one of today's most exciting writers.

As with all of Schow's books—his thrillers (writing as R.B. Schow) and his post-apocalyptic fiction (as Ryan Schow), Population Zero showcases the importance of family, the strength of community, and the courage of those brave souls willing to stand and bleed before an enemy hell-bent on their destruction and the destruction of America. 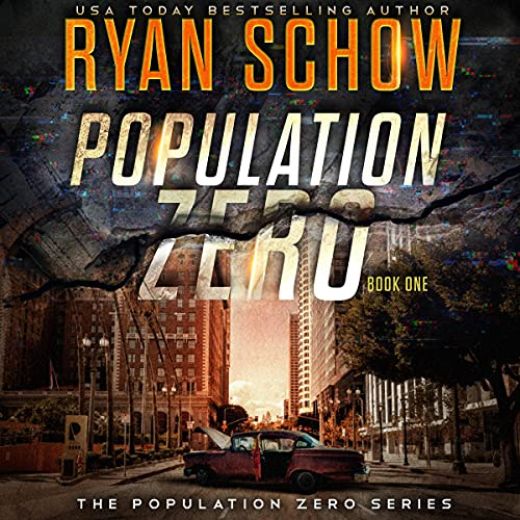 If not for the pandemic, a bold decision by his employer, and a moment of pure happenstance, Marko Dordevic would be somewhere warm drinking something cool, and almost sleeping with someone sexy.  But the idea of suntans and romance was over.  The job he had accepted in favor of a lifetime of relaxation and indulgence was as straightforward in its execution as it was complex.

A few hours ago, after opening the encrypted email, downloading the kill packet, and studying his targets, Marko read the job description, sat there in disbelief for a very long moment, and then emailed his employer with one question: When do I leave for San Francisco?  His employer’s reply was nearly instantaneous.  They were already fueling a jet.

Just after sunset, at the Cyril E. King Airport in the Virgin Islands, Marko boarded the private Gulfstream 500, settled into his seat, and tried to catch his breath.

As the pilot waited on the runway for take-off clearance, Marko sipped from a $2,500 bottle of ‘95 Krug Clos d’Ambonnay Pinot Noir.  He was going to miss this life.  Maybe this was why the champagne tasted so good.  He took another sip and closed his eyes, savoring the varying fragrances of the champagne: caramel, spice, brioche, and sweet pastry cream.

A long, satisfied sigh escaped him.  He then took a deep stabilizing breath, opened his eyes, and smiled.  Marko Dordevic was not a man who smiled often.  As he thought of the tasks ahead—as he stopped to consider the hell that would come as a result of his actions—his mood began to dampen, to darken, to intensify.

In two months, he thought, I could very well be drinking my piss.

The forty-one-year-old assassin recently achieved a level of wealth he had never dreamed possible in years prior.  He should have enjoyed this life more.  The Serbian national was worth seven figures with nearly 100% liquidity.  For some inexplicable reason, however, Marko had been wondering if he had peaked too early.  Now, back to work on the very last job he’d ever do, he was reminded of how much he had missed the game, and how much he’d miss it again when billions of people were dead.

The Gulfstream finally taxied down the airport runway, turned around, and then attacked the runway at full throttle.  The jet lifted into the night sky like a dream.  When they reached a cruising altitude of forty-thousand feet, the pilot indicated so with a brief announcement.

Marko glanced out the oval window at the night sky.  Soon the stars would twinkle with a cool brilliance.  Would he even care?  The immediate answer was probably not.  He took another sip of his champagne then he discreetly studied the flight attendant.  She had a pleasant look about her, attractive features, and a runway model’s body.  He scanned her figure looking for the kind of a bulge that might imply a gun, a knife, or some sort of blunt-force weaponry.  Her body revealed nothing untoward.  Still, one could never be too careful.

For a moment, he wondered how long she would survive after he…did what he did.  Would she last days, weeks, months?  How hard would she cling to what remained of her life?  Would she prostitute herself for a hot meal and a roof over her head?  In the end, everyone he’d ever killed had tried to make that sad, desperate bargain.  When faced with the prospect of one’s death, it was incredible how badly people wanted to live.  Would he make the same sort of bargain with someone else?  Would it eventually come to that for a man like him?

He told himself he would not be that guy, but with worse days to come—infinitely worse days—the assassin would have to live lean, move fast, and kill even more efficiently than normal.

He opened his laptop, keyed in a question to his employer: IS THIS MEANT TO BE A THIRD-WORLD TAKEDOWN?

He awaited his employer’s reply.  The answer was prompt: THIS IS A FIRST-WORLD TAKEDOWN.

He closed the laptop, sat back in his seat, and contemplated the scale of this operation.  When the first world falls, he thought, the third world dies.

At first, a cold chill swept through him, but then he felt suffused with sudden, radiating heat.  The idea that hundreds of millions of Americans were going to starve to death or butcher each other in the streets—that the godless heathens and scumbags were going to rape and pillage until nothing was left but blood, broken bones, and fields of ash—brought a charismatic smile to his face.

Tempering the nearly orgasmic thrill he felt in thinking how the death of America would pitch the world into chaos, he went through his mental to-do list.  Step A was to say yes to mass murder.

“Checked that box,” he muttered.

Step B was to board this plane and head to America.

“Checked that box as well.”

Step C was to make contact with twenty-nine-year-old Lionel Verbek, a world-class programmer who thought he had an extremely bright future ahead but was about to learn otherwise.

“I’m coming for you, Lionel,” he muttered to himself.

Marko had read the dossier his new employer, The Aatrox Group, had provided on Lionel Verbek.  The Bavarian-born German was the world’s foremost expert in cybersecurity, a gifted programmer, and a visionary.  His mastery of the intricacies of web hacking scared people so much, most of Silicon Valley had come to regard him as the most dangerous man in the world.

Lionel excelled in three key areas where most programmers only mastered one or two.  The German understood HTML programming as well as JavaScript, SQL, PHP, and even Perl for those times when, as a hacker, you need to compromise older machines or penetrate some of the more popular web databases.  To shine as a skilled black-hat hacker, however, you need to have a good grasp of exploit writing.  Lionel not only understood the programming languages used to write and pre-package certain exploits, like Python and Ruby, but he was also a digital samurai when it came to C, C++, Java, and even LISP.

Had Lionel only understood programming, penetration testing, and crafting exploits, The Aatrox Group might have looked past him, but alas, adding to his already impressive resume was a remarkable comprehension of reverse engineering.  The most proficient programmers in reverse engineering possessed a strong command of assembly language.  You need to know what you want to hack, and in what language the program’s code is written if you plan to dissect it.  Just like the key to a Rolls Royce would never start a Honda Civic, a web app coded in ASP.NET could never be hacked using PHP knowledge.

Sitting back, he couldn’t help but think, If Lionel is the most dangerous man in the world, what does that make me?

Completing this job, a job of monumental scale, was only achievable if Lionel Verbek was the real deal.  The Aatrox Group believed he was.  After reading the man’s dossier, Marko concurred with their assessment.

Usually, guys like Lionel operated in the shadows, walling themselves off from society, living in their mother’s basement under a false name in a country where the government-sanctioned cybersecurity task forces were not only underfunded but virtually non-existent.  Lionel, it seemed, had a rather large set of balls on him.  Not only was he using his real name, but he was also doing so in front of God and everyone.  Did he even know what he was doing or how vulnerable he had become?

When The Aatrox Group, posing as Premier Software Solutions Europe, LLC, first approached Lionel with $1 billion in operating capital and an outrageous offer, the programmer took exactly three minutes to agree to the project.  It didn’t hurt that the project would pay him and his team $50 million.

But if Lionel had known what The Aatrox Group intended to do with the digital nuclear bomb he had been tasked with creating, Marko was certain the German would never have taken a meeting, let alone agreed to inadvertently destroy America, and by proxy, the world.

Marko Dordevic, however, was…well, he was a different beast altogether.  If he’d had Lionel’s skillset, he would have done the job for free.