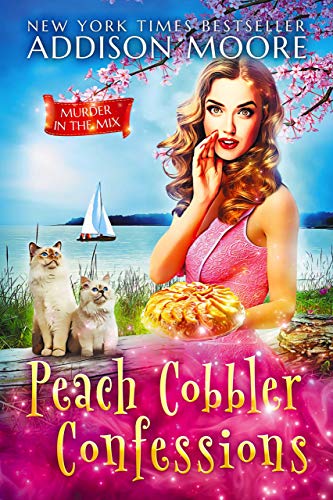 
*A laugh out loud cozy mystery by New York Times Bestseller Addison Moore* Each book in the series can be read individually so dive on in! ***Includes RECIPE***

My name is Lottie Lemon, and I see dead people. Okay, so I rarely see dead people, mostly I see furry creatures of the dearly departed variety, who have come back from the other side to warn me of their previous owner's impending doom.

Noah and Everett are being honored at an awards banquet when an attendant is gunned down while eating my delicious peach cobbler. Not only is it proving to be a long, hot, summer—but with a homicide before us, explosive rumors I'm having to dodge, and the fact Everett has a dark secret, it feels as someone has lit my entire world on fire. There's a killer among us, and I plan on bringing them to justice. There are secrets among us too, and a part of me wonders if we can ever survive them.