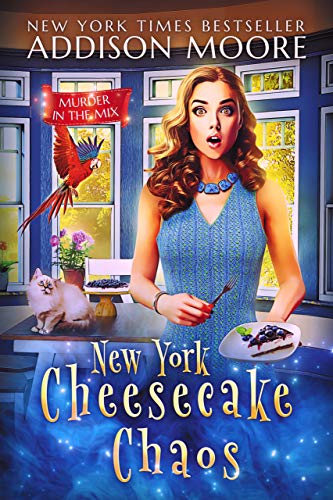 My name is Lottie Lemon and I see dead people. Okay, so I rarely see dead people, mostly I see furry creatures of the dearly departed variety, who have come back from the other side to warn me of their previous owners impending doom.

My ex has landed in Honey Hollow all the way from New York where I last saw his sorry mug. As if that wasn't bad enough, he's brought along his girlfriend whom he has no problem disregarding as he does his best to woo me back. To make matters worse, a famous author has come to town to do a signing at the library and I have the unfortunate luck of stumbling upon yet another body. And this time, I have a couple of suspects from New York that I'd rather let off the hook than investigate. Someone just might get away with murder.