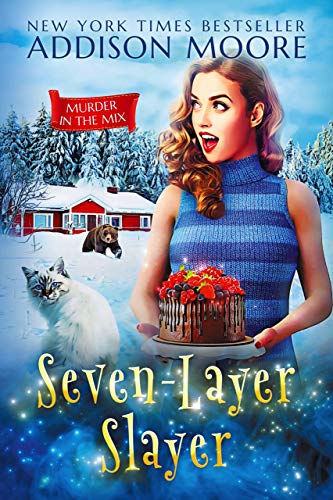 My name is Lottie Lemon and I see dead people. Okay, so I rarely see dead people, mostly I see furry creatures of the dearly departed variety, who have come back from the other side to warn me of their previous owners impending doom.

It's January, and this month brings two special birthdays that the entire town is looking forward to celebrating: Eve Hollister and Nell Sawyer's. Well, in truth, not many people are looking forward to celebrating Eve Hollister's birthday. In fact, the way the people at her party are acting, you'd think she were the most hated woman on the planet. Add one ornery black bear who is well past his earthly prime, along with the Grim Reaper, and poor Eve's birthday turns into a supernatural catastrophe. One thing is for sure—no one in Honey Hollow will ever be the same.