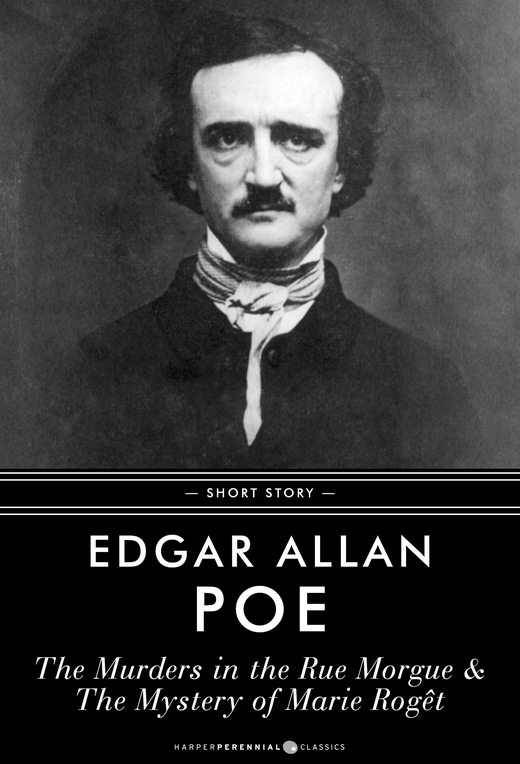 The Murders In The Rue Morgue & The Mystery Of Marie Roget

Edgar Poe was born in Boston Massachusetts on 19th January 1809. His father abandoned his family the following year and within a year his mother had died leaving him an orphan.

He was taken in by the Allan family but never formally adopted although he now referred to himself as Edgar Allan Poe. His father alternatively spoiled or chastised him and tension was frequent over gambling debts and monies for his education. His university years to study ancient and modern languages was cut short by lack of money and he enlisted as a private in the army claiming he was 22, it is more probable he was 18. After 2 years he obtained a discharge in order to take up an appointment at the military academy, West Point, where he failed to become an officer.

Poe had released his 1st poetry volume in 1827 and after his 3rd turned to prose and placing short stories in several magazines and journals. At age 26 he obtained a licence to marry his cousin. She was a mere 13 but they stayed together until her death from tuberculosis 11 years after.

In January 1845 ‘The Raven’ was published and became an instant classic. Thereafter followed the prose works for which he is now so rightly famed as a master of the mysterious and the macabre.

Edgar Allan Poe died at the tragically early age of 40 on 7th October 1849 in Baltimore, Maryland. Newspapers at the time reported Poe's death as ‘congestion of the brain’ or ‘cerebral inflammation’, common euphemisms for death from disreputable causes such as alcoholism but the actual cause of death remains a mystery.

Many authors have been cited as inventing the detective genre. Perhaps the strongest claimant is the American Edgar Allan Poe. His creation of the Parisian sleuth C. Auguste Dupin with his quite astounding analysis and deductive powers allied to Poe’s great imagination and wit create a literary tour de force.

Poe’s opening story ‘The Murders in the Rue Morgue’ met with phenomenal success and indeed is a still a favourite to this day. From this came the sequel ‘The Mystery of Marie Rogêt’. Together they create a strong and vibrant Parisian duo, a credit to Poe, Paris and, of course Dupin and a cast of unforgettable characters. 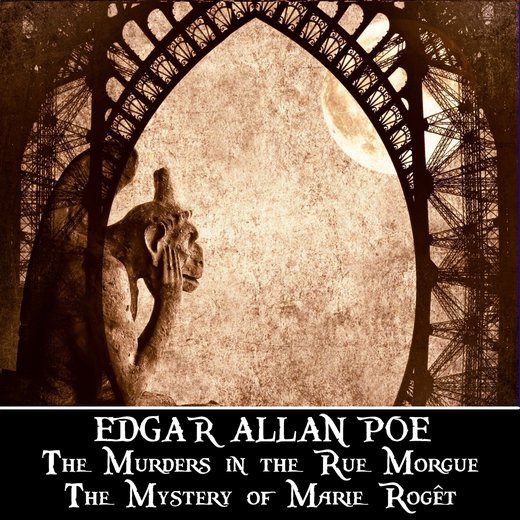