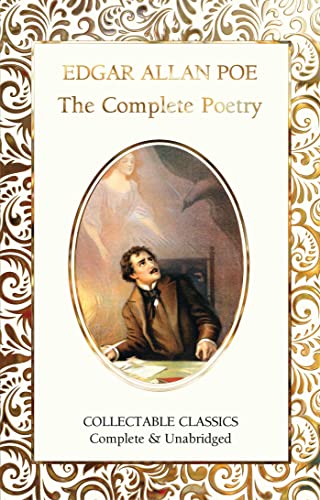 Gorgeous, collectable new edition of a great American poet, whose lyricism is often overshadowed by his short stories.

A new collectable edition of Poe's poetry which demonstrates his skilful and imaginative command of the English language. Often regarded as the founder of the modern short story Poe also laid the foundations for the symbolist poets and futurists of the 20th Century, his razor-sharp dissections of the world offering dark romantic notions to the reader.

Little treasures, the FLAME TREE COLLECTABLE CLASSICS are chosen to create a delightful and timeless home library. Each stunning, gift edition features deluxe cover treatments, ribbon markers, luxury endpapers and gilded edges. The original text is accompanied by a Glossary of Victorian and Literary terms produced for the modern reader.