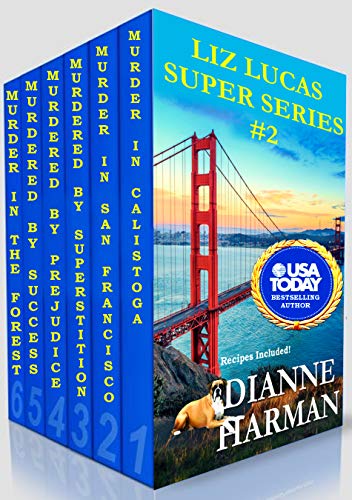 Murder in Calistoga:
Just the thought of being locked in a sauna and dying...

Murder in San Francisco:
When a child is conceived and born after his father's murder, is that child a legal heir to his millions?

Murdered by Superstition:
It was just a doll, wasn't it? It didn't have powers, did it? Powers that could kill?

Murdered by Prejudice:
A prison guard. A postmaster. A Forest Service employee. A U.S. Department of Agriculture employee. All murdered, and they all worked for the federal government, but so do a lot of other people. What else did they share?

Murdered by Success:
If you're only twenty-four and worth millions, you probably think you're invincible. And you'd be wrong.

Murder in the Forest:
Former cop Michael Hessop arrives in Red Cedar with a mission - track down a teen girl named Delaney Sparrow and the predator who convinced her to run away from her family.

The author is a USA Today Bestselling Author and Amazon All-Star.