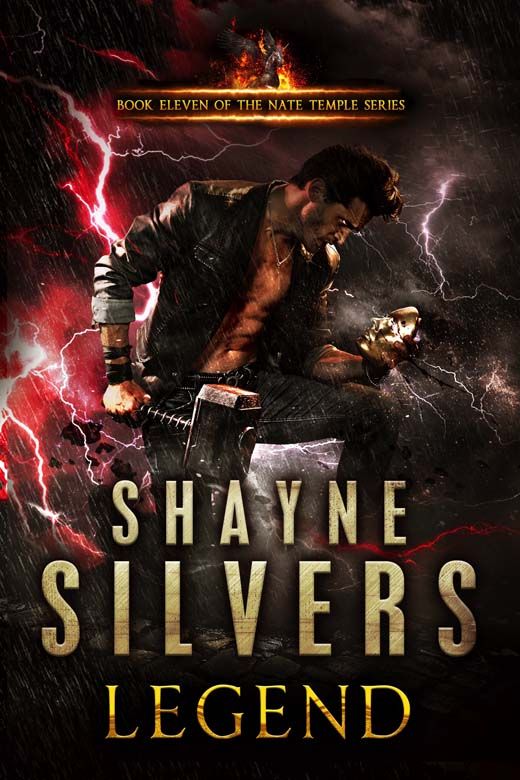 NATE TEMPLE HAS HOLES IN HIS SOUL, BOTH IMAGINED AND REAL...

To a dangerous boy named Wylde.

Because to have any hope at standing against Mordred—to save Camelot and St. Louis alike—he must learn what it means to be a Catalyst.

A little boy must know his legend—his origin. And he must learn the painful truth that his entire life has been meticulously planned and laid out like the steps to a choreographed dance. And that Mordred is just another dance card in a long line of future suitors at the Temple Ball.

If Nate can survive the dance, that is...

Let's discover what dangers a little boy can get into when his imagination is more real than reality itself...

When the powers of life and death can be heard in the absent humming of a little boy playing in the woods with his cat...

Because behind every Song is a Mask waiting to be born.

I clinked glasses with Achilles, wishing I had some Macallan rather than beer.

“Alcohol. Because no great story ever started with anyone eating a salad,” I told him.

Achilles chuckled, his eyes trained on the next group of men teaming up against Alex. The Minotaur was absent since this was just some unscheduled light training for Alex, who had wanted to work out. He’d asked me to join him, but I had politely declined. I didn’t want to risk having a mental breakdown in the middle of the fight if something reminded me of Fae.

“Cocky little shit. Five?” Achilles gasped. “Wait. That’s Leonidas! When did he arrive?” Achilles pointed out a bandana-clad fighter in the huddle against Alex. Achilles leaned forward on the new bench that had been installed. The rest of the bleachers had been burned, shattered, or otherwise obliterated in my fight with Mordred.

I watched as Alex stood facing his opponents—all hardened warriors who had been kicking ass since before the Trojan War. Alex breathed evenly, his muscles entirely relaxed, his feet positioned lightly to react quickly rather than planted firmly as one might do against a single opponent to hold their ground. He didn’t even seem to be breathing hard—like a marathon racer stretching for a warmup 5k.

I watched Leonidas—almost hard to make him out since he wore a bandana over his face like a Wild West train robber. Was he trying to disguise himself, so Alex would underestimate him? Alex held two long sticks at his side—escrimas—but his opponents all had staffs taller than their own bodies. Smart on Alex’s part. Speed, not power, was the best course against so many opponents. They moved forward in unison, and I realized I was gripping the bleachers, leaning forward as I held my breath.

The rat-a-tat sound filled the ring like automatic gunfire—Alex peppering both his attackers and their staffs with his escrimas in a blur that was almost too fast for me to follow. And through it all, he was pivoting and twisting, even angling two of his opponents to take each other out with a double knock-out blow when he ducked at the last moment.

The two opponents stared at each other, dazed, and then collapsed to the ground.

Two other opponents spent too long staring at the friendly fire and received a dozen welts each for their trouble. One particularly angry-looking guy lowered his staff across his chest in an attempt to block Alex’s barrage. Alex reared back and kicked him hard enough to snap the staff in half and send the man slamming into his teammate.

Like a struck bowling pin, the unlucky teammate flew out of the ring, landing in a pile of debris beside the sleeping Talon. My cat warrior was on his feet with a piercing hiss almost like he had anticipated it, his tail all bushed up and twitching violently. His spear was pressed against the Myrmidon’s throat before the man could even move. Talon quickly gauged the level of threat to me by risking a quick glance my way. Seeing I was safe, he glanced over to see Alex squaring off with the bandana-clad Leonidas. Talon snarled down at his victim. “I was napping. Never, ever disturb me when I am napping.”

Then the spear evaporated, and Talon resumed his nap with a yawn that revealed wicked fangs long and sharp enough to shred flesh to ribbons. The Myrmidon looked properly chastised but didn’t apologize to Talon—likely for fear of disturbing him since his eyes were again closed.

Achilles laughed—but muffled it with his fist so as not to disturb my cat.

Bandana-clad Leonidas dove forward with his staff, lunging it forward like a spear towards Alex’s unprotected throat. Alex spun, barely moving out of the way in time, and the staff stabbed empty air but so close that the wood rested against the side of his neck as he continued spinning towards Leonidas.

Leonidas wisely dropped the staff and began swinging a fist at Alex.

Who had anticipated it.

He struck Leonidas’ knuckles with a solid thwack of his escrima—the immediate crack was loud enough to signal a broken bone. Except Leonidas didn’t let out that he’d felt it, already swinging his other fist.

But Alex struck that one down, too, with an even sharper cracking sound.

Then something very strange happened. Alex twirled his stick around Leonidas’ forearm, and swung his arm in an exaggerated circular motion, turning the knuckle blow into…an elbow trap. Leonidas strained against it, grunting and dancing about, but couldn’t get free. Alex’s face was entirely calm as he let Leonidas wear himself out, dancing about the clearing while holding Leonidas in the trap.

Alex wasn’t gloating, and he wasn’t showboating. His face was as calm as a block of ice.

Then he grabbed the bottom of the bandana in his fist and yanked down, introducing Leonidas’ face to his knee. Once. Twice. Three times.

Leonidas stumbled as Alex let him go, and then made a drunken lurch for Alex with his purple, bruised fists, swinging wildly. Alex dipped, rolled, and then kicked out Leonidas’ legs hard enough to send him up into the air, horizontal to the ground. Then Alex hammer-fisted him down to the dirt, making Leonidas grunt twice—once at the initial blow, and again as he hit the earth.

Alex crouched down over Leonidas, staring him right in the eyes with his too-calm face. Leonidas gave a very slight nod.

That’s when I saw the guy Alex had drop-kicked into his pal suddenly racing towards Alex with one half of the splintered staff couched against his hip like he intended to joust Alex—but from behind, while Alex wasn’t looking.

Alex cocked his head right before I opened my mouth to shout out a warning, and I gasped as Alex leaned slightly to the side, blindly reached out to grab the end of the splintered staff. He used the man’s momentum to stab it into the ground about two inches from Leonidas’ ear. Alex held the staff in the ground with the one hand—like a fulcrum—as he grabbed the middle of the staff with the other and pulled, turning his attacker into a virginal pole-vaulter.

The Myrmidon went flying over both Alex and Leonidas—who had probably soiled himself when Alex slammed the splintered staff into the dirt near his face. Alex was chasing after the attacker before he’d had time to land and think about what he’d done wrong.

The moment he landed—on his face—and bounced, Alex pounced on top of him and punched him one time in each ear, dazing the Myrmidon without killing him—as the bastard really deserved for trying to stab Alex in the back.

Alex’s calm voice rang out. “If you’re going to stab a man in the back, don’t fuck it up. Because you’re gambling away your honor in hopes of a victory. If it doesn’t pan out, there are no refunds, and everyone will know your only remaining currency is cowardice,” Alex said coldly.

“This is…sparring!” the Myrmidon mumbled woozily, but still managed to sound angry—like everyone’s least favorite drunk uncle around the holidays. “It’s all about expecting the unexpect—”

“No,” Alex interrupted in a harsh tone—not cruelly, but definitively. “It was about your injured pride. And you tried to buy that back by cashing in your honor. Now, you’re destitute. I no longer see you, vagrant. Come back when you have the funds to buy back some dignity.”

And then Alex climbed to his feet, not sparing the Myrmidon a backwards glance. He didn’t even look angry. Just…disinterested.

The ring was silent. Even the injured Myrmidons had quit groaning to listen in.

Alex helped Leonidas to his feet, lifted the king’s knuckles to his face to inspect them, and then called out to one of the other Myrmidons for an ice pack. Leonidas stared back at Alex, speechless and obedient. Alex accepted an ice pack from a swift Myrmidon with a murmured thanks, wrapped it delicately around Leonidas’ hands, and then guided him towards the bleachers to sit beside us.

Leonidas sat down wordlessly, and we all watched Alex in silence.

“My king,” he said, lowering his eyes. Then he turned away and walked briskly back to the center of the ring, resuming his place. “Next,” he called out in a crisp tone. The Myrmidons in line for the next bout looked decidedly uneasy about how to proceed, as if it was their first day in the yard.

Leonidas slowly turned to glance back at us, and it was more the whites of his eyes than the blood on his face that kept me from teasing him. “Where did you find him?” he asked in a whisper, slowly shaking his head.

I smiled, hiding my own astonishment like my father had taught me. “Fleeing the Wild Hunt in Fae. All by himself. And he was in his early teens.”

Leonidas studied me, repeating my words silently. Then he turned back to the fight, muttering under his breath.

“And he did it with class,” I added, smiling proudly. “I did a good job training him, but I don’t want to take all the credit. You helped in some small way, I’m sure.”

Achilles growled something unpleasant, but I wasn’t even sure Leonidas had heard me.