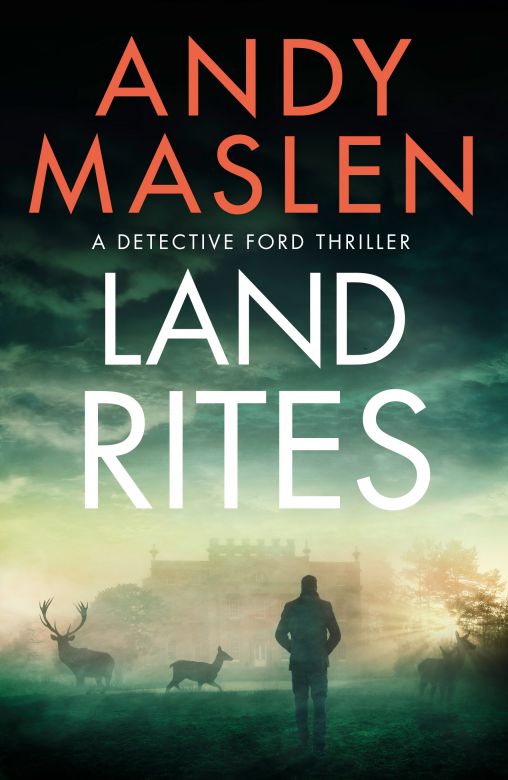 After a dog walker discovers human remains in a badger sett in the idyllic Salisbury countryside, DI Ford is called in to lead the ensuing murder investigation. When a second victim turns up in a nearby pond, Ford is determined to find the connection.

Both victims met their fate near the sprawling Alverchalke Estate, ancestral home of a decorated war hero and his family. One was a dogged eco-activist and vocal critic of Lord Baverstock. The other was a petty criminal and poacher, youngest brother of a notorious local crime family. Certain that there’s more to this case than trespassing, Ford and Dr Hannah Fellowes race to find the hidden link. But when one victim’s family threatens to expose Ford’s own dark secret, the ticking clock becomes a time bomb.

Still consumed by guilt over his part in his wife’s tragic accident and struggling to raise the teenage son he lied to, Ford now finds himself losing control of the investigation. Can he work with Hannah to solve the case while privately fighting off the attempted blackmail? Or have his demons finally caught up with him? 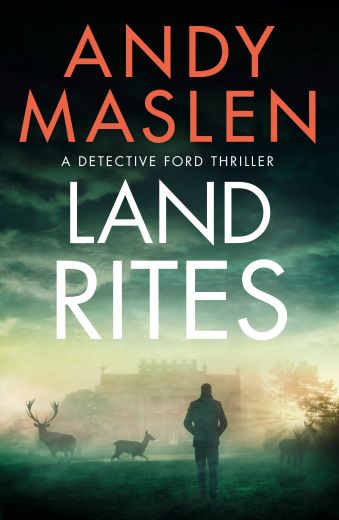 Polly Evans gasped for breath, unwilling to believe what lay at her feet.

Sparks fizzled in her peripheral vision and tremors broke out all over her body.

Five minutes earlier, she’d been enjoying a walk through the countryside with her border terrier, Murphy. They’d stopped in a tussocky meadow at the edge of a shallow section of the meandering River Ebble.

Mid-drink, Murphy had raised his dripping muzzle, splashed through the water to the muddy bank opposite and raced towards a white-blossomed hawthorn hedge.

By the time Polly had reached the yelping little dog, he’d disappeared into a gaping hole in the reddish earth big enough to fall into.

Polly had got down on her knees. She could see Murphy’s bunched rear end as he struggled to retrieve something. He’d reversed out and dropped his trophy before her on the grass, tail wagging, pink tongue lolling.

Mustering all the self-control she’d acquired in her thirty-year career as an inner-city biology teacher, she took out her phone and called the police.

To calm herself as she stared at the object Murphy had retrieved, she began naming its parts. Ulnar artery, flexor muscle of wrist, fibrous sheath of finger . . .

As Eric Clapton played ‘Three O’Clock Blues’ on the Discovery’s stereo, Ford glanced at the satnav. The dog-walker’s location was less than a mile away. Control had called him twenty minutes earlier.

He slowed to pass a young woman pushing a bicycle up the steep hill. She smiled and waved. He smiled back and accelerated away from her.

He saw a lay-by on the other side of the road, just before a hump-backed bridge. A gate beside it stood open. Someone must have asked the farmer to unlock it. He eased the Discovery through the gate and into the field beyond. The grass rippled in four-foot-wide undulations, the troughs containing six inches of water.

In the distance, he could see a forensics tent. A white van marked ‘Wiltshire Forensics Service’ sat off to one side, its rear doors open. White-suited CSIs moved between tent, van and a spot a little further towards the centre of the field, also protected by a tent. Uniforms were present, too. They’d erected a blue and white tape cordon. The Discovery rolled and heaved its way across the field, splashing through the drainage ruts.

Ford’s stomach churned as he drove closer to the crime scene. Ever since he’d left his wife to drown on a sea-level rock shelf on their last climb together, he’d thrown up at every murder scene he’d investigated.

The rational part of him knew he’d done the right thing. But the emotional Ford, the Ford who lay awake at night, endlessly rerunning those last, precious few moments with Lou, saw things differently. It leaned across a judge’s bench. Pointed an accusing finger. Screamed YOU KILLED HER! Loaded guilt on to his chest until he sat bolt upright at 3 a.m., gasping for breath.

Pushing the memories down, he parked next to the CSI van. He gave the uniformed loggist on the cordon his collar number and slid under the tape she held up for him. The uniforms had set up an inner cordon. The white plastic tent occupied its centre, sides sucking in and bellying out in the breeze as if breathing. It backed on to a hedge of white-flowered hawthorn, through which brambles and ivy twined.

Out of the wind’s rough caress, the temperature rose. Standing just inside the doorway, Ford loosened his tie. The CSIs had erected the tent over a hole that opened out at the foot of the hedge. It was enormous. Easily big enough for a man to fall into. Around the edge, earth had been piled up. He looked closer. Sitting atop the spoil he saw a few fragments of eggshell and a tiny white bone.

‘It’s a badger sett, sir,’ a male CSI said. ‘The lady who found the hand said her dog pulled it out of here.’

Ford left the tent and went over to a couple of uniforms standing with a woman in late middle age, holding a scruffy little terrier on a lead. They’d managed to procure a cup of coffee for her, which she drank in small sips, her eyes darting every which way from over its rim.

He introduced himself, then said, ‘I understand you found the body.’

‘Murphy did, really,’ she said. ‘We were down at the stream back there. Suddenly, Murphy zoomed across the stream and ran off to the hedge there.’ She pointed at the tent. ‘He was tugging at something. Then he just pulled and it came out and it was’ – she shuddered – ‘a hand. Well, most of one, anyway.’

‘And when you were walking Murphy, did you see anyone else?’

She sipped the coffee then shook her head. ‘No. Not a soul. Sometimes I do. This route is popular with dog-walkers. I mean, the countryside’s so beautiful, isn’t it? But no. Not today.’

Her tone suggested she wasn’t avoiding responsibility or trying to please. She knew what she’d seen and what she hadn’t, and was unafraid to state it plainly.

‘I’d like you to make a formal statement. One of these officers can take it from you,’ he said. ‘We could do it here, or at home if that would be more comfortable for you.’

Polly opted to do it at home. Leaving her with a uniform, Ford walked towards the knot of CSIs. He saw a familiar face, or its top half, above a surgical mask. China-blue eyes met his own. Dr Hannah Fellowes, the deputy chief forensics officer.

Hannah would take him to view the body part: confronting him once more with the physical reality of violent death. And it would start. The whole unpleasantly satisfying process of entering the mind of a murderer and feeling that sense of connection that existed between all who’d taken another life.

In her first week at Bourne Hill station, Hannah had pushed him on why he hadn’t moved past Lou’s death. He’d avoided giving a straight answer. But sometimes he caught her looking at him, head cocked to one side, as if studying for clues. He hated that feeling of scrutiny, even though he respected her as a colleague and enjoyed their blossoming friendship.

He joined her and said, ‘Morning, Hannah.’

She pulled her mask down and smiled, curving two dimples into her cheeks. ‘I have a nickname.’

‘Really? Congratulations. Am I permitted to know what it is?’

She frowned. ‘Of course! Otherwise you wouldn’t be able to use it. It’s Wix. Which is short for Wikipedia. Because I know a lot about a great many subjects,’ she added.

Ford smiled. Among the quirks that had spurred his affection was Hannah’s fascination with nicknames. When still new at Bourne Hill, she’d learned that his – Henry – came from the founder of the car company. In response, she’d researched an array of facts, from sales of the Ford Mondeo to the date the company had been founded.

He’d thought her Asperger’s might make her shy or stand-offish, but Hannah was the opposite. She was good company. No-filter company, but good, nonetheless.

‘Come with me and I’ll show you,’ she said, resettling her mask.

He followed her. Breathing deeply. Aware of all that was to come.