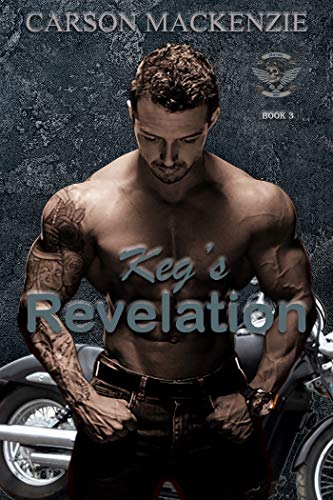 Reed “Keg” Borelli loves his freedom, and to him, nothing beats hitting the open road with his club brothers. At least it used to be that way before two of them settled down with ol' ladies. He is happy for his brothers, maybe even a little jealous. Keg once thought he had found love. Instead, he chalked it up to being young.

Raven Allen is back in the town she was raised in. Except for this time as a woman with responsibilities and harboring at least one regret. She figures life has come full circle when she faces the man who, at a young age, had held her whole heart. But if life had taught her anything – it was happiness wasn't meant for her. She experienced it twice, and each time it had been ripped away.

Haven MC is placed on standby when a local gang steps up their illegal activity. The situation isn't generally in the realm of their directives, but as the gang's activity threatens to touch one of their own – the sphere changes – and Keg realizes he can either hold on to the feeling of betrayal or grasp the second chance life has offered.