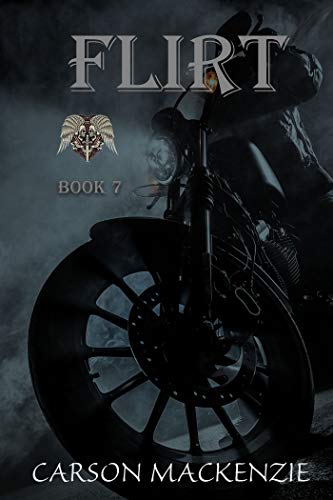 Max “Flirt” Browning has watched a group of men he considers more than club brothers take the plunge into family life. As the last man standing, he's not opposed to following them—he's just never found the right woman. At least not before Brie walked into his life.

With her, he could see a future. Getting her to see that he was interested in more than a couple of sexual encounters a month could cost every ounce of control Flirt possessed. The control he needed as much as the air he breathes. For her—he'd do whatever it took.

Gabriella “Brie” Agassi has had to manage every aspect of her life, from raising a daughter to building a pediatric practice. With not much free time to pursue a relationship—and considering when she tried, it had been one disastrous date after another—she takes matters into her own hands and visits Whispering Nights.

At the club, she'd find a take-charge man to whom she could relinquish total sexual control for an hour or two. Giving her the break needed from her responsibilities to bring balance back into her life. Balance she hasn't had since her fiancé died.

Meeting Max Browning, Brie wondered how much her need for balance was going to cost her. And if she'd be willing or able to pay the price.