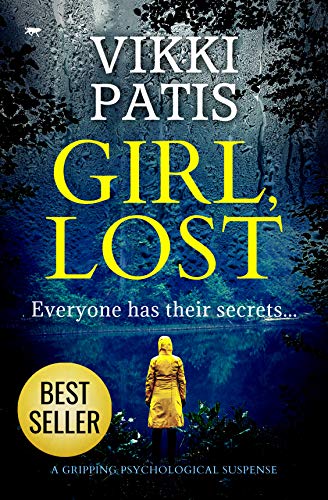 I was never missing. I just didn't want to be found.

On a bright summer's day in 2013, Freya Rivers disappears, leaving twin sister Imogen behind. Did Freya leave to travel alone without telling anyone?

Five years later, Imogen is living in Australia, having searched the world for her sister. So, when her mother calls, she knows it's time to return home.

Because Emily is back. And she has a child with her.

Where has Emily been and why did she disappear?

Does she know Freya’s whereabouts?

What everyone is saying about Girl, Lost:

'Beautifully written, perfectly paced, a story that drags you in and doesn't let you go... Without a doubt, one of the best books I've read in quite a while.'
- Valerie Keogh, author of The Three Women

'Girl, Lost, is a read that will stay with you and is one you will want to share with those around you. Patis is proving herself to be the queen of page-turning reads.'
- Tiffany McDaniel, author of The Summer That Melted Everything

'Enthralling and emotional, the story twists and turns right up to the very satisfying conclusion. A cracking read!'
- Rona Halsall, author of One Mistake

‘A well written psychological story with larger than life characters and a plot that twists and turns.’
- J.A. Baker, author of The Woman at Number 19

A gripping and suspenseful psychological thriller by bestselling author Vikki Patis. Girl, Lost will appeal to fans of domestic noir, as well as to readers of authors like C.L. Taylor, Claire McGowan and B A Paris.

Please log in to recommend or discuss...
Vikki Patis