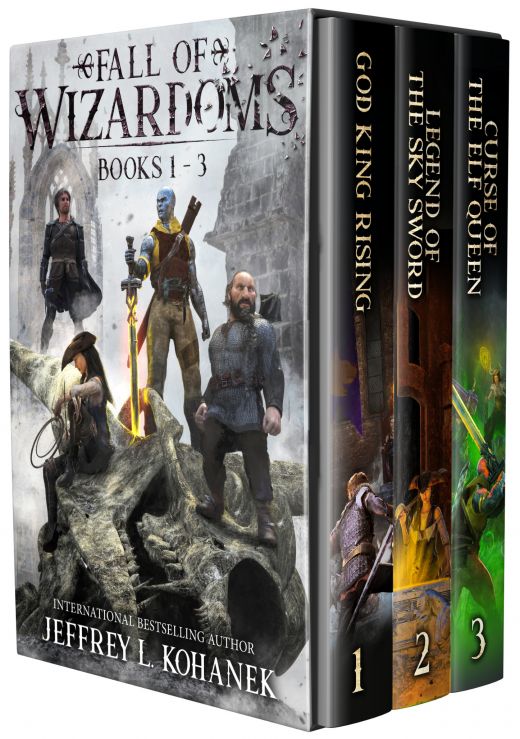 An evil plot throws the Eight Wizardoms into chaos. Heroes old and new assemble to combat this daunting threat. Should they fail, their world is doomed.***Special Preorder Price***"Scheming wizards, a secret rebellion, an ingenious magic system, and daring by a hair's breadth escapes. This book has it all! Give it a try. I guarantee you won't regret it." ★★★★★Magic Book CornerRebellion, war, and toppled thrones ravage the Eight Wizardoms.The mysterious leader of a secret organization seeks to wreak chaos, death, and destruction.What motivates his elaborate scheme? What is his end-game?A squad of unlikely heroes armed with magical objects are drawn into the conflict:

These characters lead a compelling and memorable cast in a tale that brings the eight wizardoms to the brink of devastation.Fall of Wizardoms a action-packed fantasy saga filled with compelling characters and beloved genre tropes, perfect for fans of Shadow and Bone, Game of Thrones, or Wheel of Time.Download and prepare for a spectacular, thrilling adventure.This boxed set includes:

Other books in the Fall of Wizardoms series: