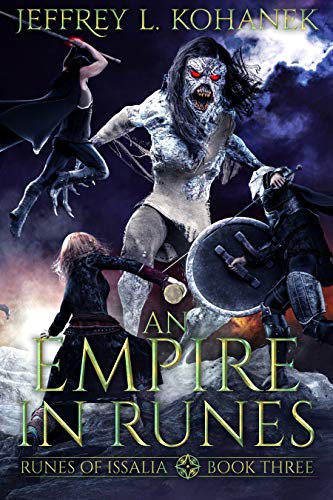 An Empire in Runes: A Battle of Magic

A powerful magic. An unstoppable army. The final battle. Mankind's fate hangs in the balance.

The eastern cities of Issalia lay in ruin, destroyed by a horde mindless monsters. Led by a teen named Brock, a squad of young heroes seeks a means of stopping this dark force from consuming the rest of the continent.

The future of mankind hinges upon a powerful, yet destructive magic - a magic they are still learning to control.

As foretold in an ancient prophecy, this rag-tag force gathers upon the Tantarri plains, prepared to face an army of giants. All the while, they must remain vigilant against a secret organization within the Ministry, who will do anything to prevent the return of Chaos.

In this thrilling series conclusion, the fight continues far beyond the battlefield. Download now. Your adventure awaits!