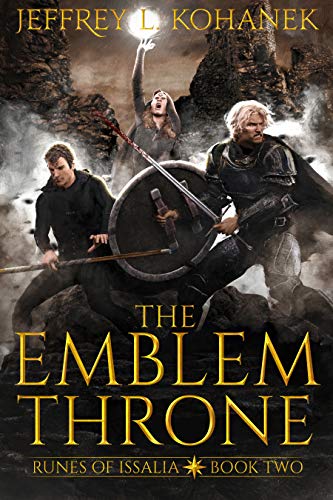 The Emblem Throne: A Quest of Magic

The return of a forgotten magic sparks a prophecy of doom. A thin thread of hope remains, hidden with a long lost relic.

Brock and his friends resume their training at the Academy, an institution founded on magic, invention, politics, and combat. However, an expansive web of lies resides within the Ministry, hidden behind a veil of benevolence. The exposure of one such secret forces Brock and his friends to flee the school with their lives in the balance.

During their flight, they unearth an ancient prophecy foretelling the end of mankind.

Guided by cryptic instructions from the past and backed by a magic they have yet to master, these young heroes embark on a quest to unearth mysteries buried with the legendary Emblem Throne. However, the path is fraught with blood thirsty monsters and unsuspected danger.

One mistake could seal the fate of everyone in Issalia.

The Emblem Throne is a quest story filled with action, adventure, and magic as a lead up to the epic trilogy conclusion in An Empire in Runes.
Download now to continue the adventure.