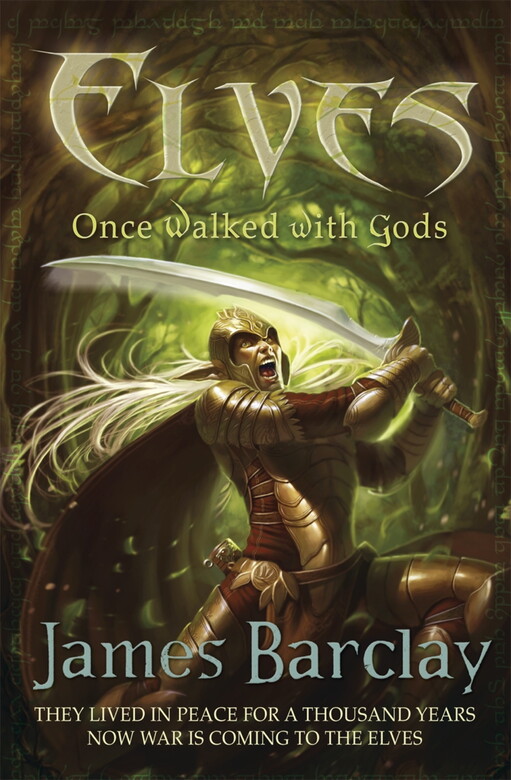 The elves have fled to Calius, seeking to escape the overwhelming power of the demonic Garonin. A desperate last stand in their own dimension saved the race, at the cost of 100,000 elves lost to the Garonin. The elf who led that fight, Takaar, is blamed for the losses and has gone into hiding. Now the weakened elf race is tearing itself apart in civil war, human mercenaries have arrived in Calius and are ripping the continent apart. Only one elf can unite the elves. And only one elf believes in him. A young warrior named Auum sets out to bring back the shamed hero and save the elven race. James Barclay's ELVES trilogy will tell the whole story of his immortal elven race, and will appeal to all fans of Tolkien and fantasy - this is a uniquely entertaining take on a fantasy staple perfect to bring new readers to Barclay. And old readers of James Barclay will welcome a return to one of their favourite creations and will also love seeing one of their favourite characters again - the Tai Gethan warriror Auum destined to be one of the Raven.