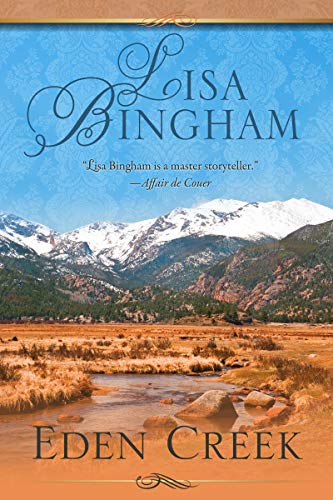 A “poignant, charming tale” of love, romance, and the struggle for survival in the Old West from the author of Distant Thunder and Silken Promises ( Romantic Times). Betrayed, alone, and desperate for a new life, young Ginny Parker hastily agrees to move to Eden Creek, Utah, and marry a man she’s never met. Orrin Ghant simply wants a woman to help raise his three daughters, and a companion to share his life in the harsh Utah wilderness. But upon Ginny’s arrival, Orrin soon finds that his new wife has brought with her far more than he could have ever hoped . . . Orrin never expected to fall so deeply for Ginny’s sweet smile and gentle charm—nor did Ginny expect to find such comfort in Orrin’s strong embrace and the tranquility of Eden Creek. But as their marriage of convenience blossoms into true love, the secrets from Ginny’s past threaten their future. Now they must summon the courage to stand together—or lose each other forever in this unforgettable tale of love and loyalty from “a master storyteller” ( Affaire de Coeur).