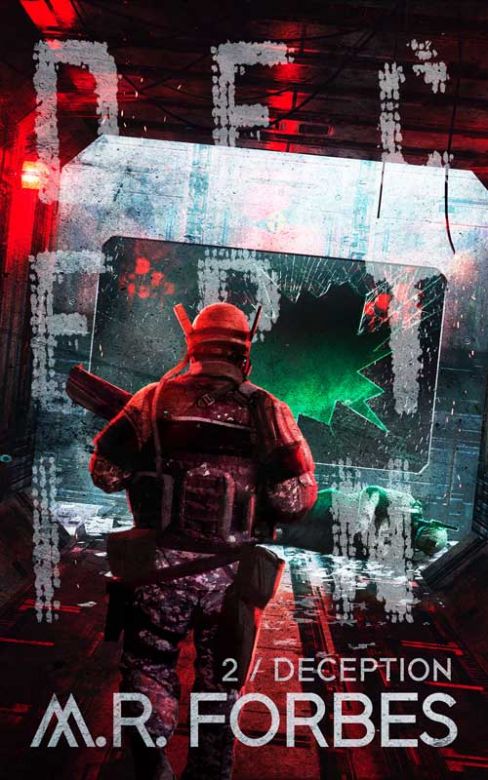 The Deliverance is tragically off course, missing its rendezvous with the escaping fleet and leaving the survival of the colony in serious jeopardy.

Pulled out of hibernation years too late, Caleb is thrown into the middle of the crisis and forced back into the fight. With the ship low on power and time running out, it's up to him to find some way, any way, to overcome an impossible situation and get the colony to safety.

Otherwise, the only thing he'll be protecting is a tomb...

Deception is the second book in the Forgotten Colony series. The first book, Deliverance, was a Top 10 sci-fi bestseller, and also reached #1 in both Military Science-fiction and Space Opera. If you love Aliens, Battlestar Galactica, Starship Troopers, Ender's Game, or Edge of Tomorrow, you'll love this epic military sci-fi series.