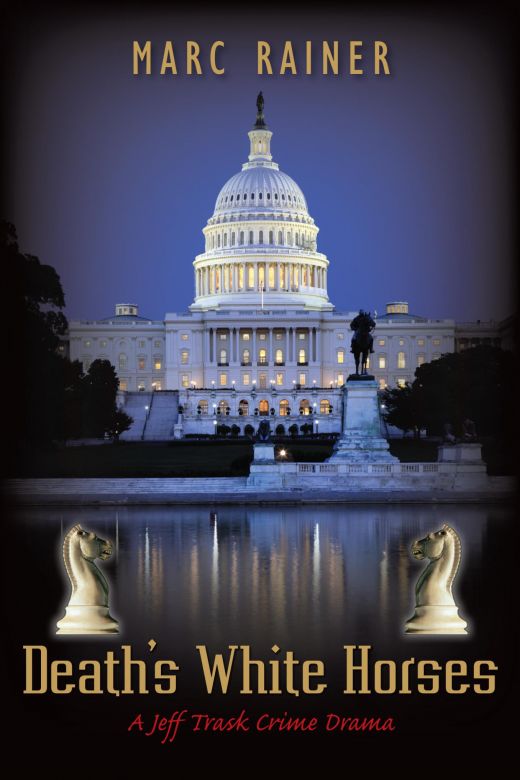 Federal prosecutor Jeff Trask is back on the case, after a series of drug overdoses places investigators face to face with Los Zetas, the most dangerous of the Mexican drug cartels. What begins as an investigation of local heroin trafficking soon turns into something far more serious

The cartel will do anything to protect its cash flow”"including a series of attacks against Trask’s team that cement Los Zetas’ status as one of the most ruthless criminal organizations of the century.

Drawing from Mexico’s real-life cartel wars, Death’s White Horses is Marc Rainer’s third book featuring federal prosecutor Jeff Trask. While showcasing the challenges faced by law enforcement on both sides of the border, it also highlights the deadly consequences seen on both ends of the US-Mexico drug trade.

With more than three decades of experience as a federal prosecutor, Rainer combines the excitement of a high-stakes thriller with the pinpoint accuracy and realism that has earned him a widespread audience in the field of law enforcement. 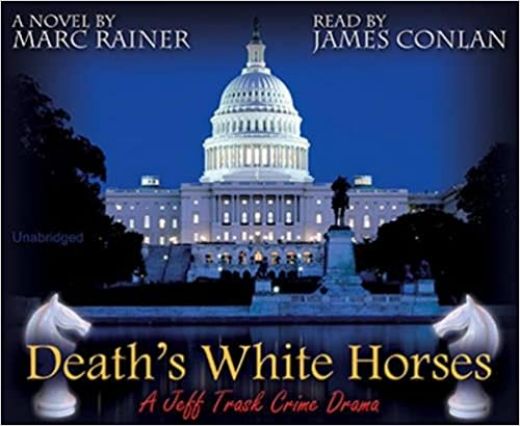 Many events described in this book actually occurred during Mexico's infamous cartel wars, a violent period second only to the U.S. Civil War in a north American body count.

Captain Luis Aguilar looked down at the bullet-riddled body lying on the floor of the luxury apartment. Not so high and mighty now, are you? Aguilar thought. The Captain saw a sergeant approaching him.

“Five dead, counting their jefe there, Capitán. We got four of them. One shot himself as we were coming in the balcony door. We found about $40,000 in US cash, several thousand in Canadian money, and five assault rifles. Not quite as big a haul as in Ahuatepec. Except for Arturo there, of course.”

“Exactly.” Aguilar nodded in agreement. Five days ago we just missed him. Another luxury home here in the “Beverly Hills of Mexico.” Another party thrown by this scumbag, with the finest food and drink, twenty whores, and everything else dirty money could buy for entertainment. Three cartel gunmen dead, eleven arrested, but no Arturo. Two-hundred and eighty thousand in US currency, sixteen assault rifles, but no Arturo. Now that has changed. This operation is a complete success, at least for the moment. Arturo Beltrán-Leyva is dead, his cartel on the run.

“How about our men? Casualties?” Aguilar asked.

“Just a couple wounded on my squad, Capitán. When we rappelled from the choppers, they started throwing fragmentation grenades at us—about twenty or so.”

Another NCO walked in from the front of the room, his helmet in hand.

“Thank you. I’ll notify his family.” My most hated duty. My most necessary duty; one I owe to all of my fallen heroes. “Where is he?”

“Just outside the door, Capitán. He was on point, and they were waiting for us.”

Aguilar stepped into the hallway, bending down next to the body. Angulo’s hand still held his weapon. A crimson hole in his neck told the story of his final moment. Aguilar held the young man’s hand for a moment, still warm to the touch. He looked up at the sergeant.

“Guard him well until we can honor his life.”

The hearse carrying the body of fallen marine Melquisedet Angulo Córdova rolled past, flanked by a dozen hatless marines in uniform.

Brave young men. Aguilar shook his head proudly before snapping to attention and saluting the procession. They refuse to hide their heads or faces as a tribute to their fallen friend. I am more proud of them than I have ever been, but I wonder if this is wise. The cartel spies are everywhere, taking photos, taking names.

The funeral proceeded with full military honors. After the casket had been lowered, Aguilar ordered his driver to return him to the hotel, his temporary quarters for the now completed mission. He did not eat well. The image of the young marine’s casket stuck in his mind. He showered and tried to sleep, finally drifting off well after midnight.

He had only been asleep for an hour when the phone rang.

“I am sorry to disturb you, Capitán, but we have very bad news and I knew you would want to be advised,” the corporal said.

“The cartel has retaliated. Angulo’s home in Tabasco was hit. His mother and three others are dead.”

Aguilar’s face froze in anger. The cowards hit the helpless. My young hero’s family is allowed to mourn him for less than a day before being murdered themselves. Aguilar was awake now.

“Some of our men had gone to pay their respects to the family, sir.”

“Any information from the scene?”

Aguilar returned the phone to its cradle. The Zetas. Intelligence had reported that they were aligning themselves with Beltrán-Leyva. We have replaced one enemy with a stronger one.

He leaned over and kissed her on the forehead, the usual signal that he was leaving her again. Their “early lunch” was over.

Another vote on the hill, or something else of critical importance. She pretended to be asleep, not wanting to say what she was thinking. There was no point in it at the moment, and she actually wanted him to hurry and go, if he was going.

She opened her eyes just a slit. There it is, she thought, seeing the usual flick of the gray hair about his temples as he checked himself in the hallway mirror before opening the door.

She counted to a hundred. He’s in the parking garage by now, ducking under his hat so that his face won’t be seen on the security cameras. God forbid he should ever have to acknowledge even knowing me outside the dinner parties. I wonder how he’d act if we ever ended up at the same table again.

She tossed the sheets aside and slid across the bed. She walked across the white marble tiles to the same mirror where he’d checked his hair. She stood in front of it, naked. Her body was good, young and firm. Not bad. Good enough to keep him coming back to me. My hair’s a wreck, though. The hell with it; I’ll fool with it when I wake up again.

She opened her purse and took out the small nylon bag. The pill bottle with the powder came first, then the spoon, the lighter, and the syringe. It was so good last time, I’ll add just a little more. She heated the powder in the spoon and drew the hot liquid back into the needle, smiling in anticipation as she did so. The needle went in between her toes.

She lay back as the first warm waves washed through her veins, moaning in pleasure. She giggled. I think I made that same sound about an hour ago. She walked to a window and stood there still naked, looking out at the river, seeing nothing, feeling nothing but the warmth in her blood. She smiled and took in a deep breath, then returned to her bed and drifted off to sleep—a very deep slumber this time—so deep that she never felt her breathing becoming shallower by the minute, or her lips turning blue from the lack of oxygen.

He was surprised when she didn’t meet him at the door to the apartment. He was already irritated. The votes on the Hill hadn’t gone his way, and now she was playing games on top of everything else he’d been through. He saw that the bedroom door was ajar, and headed for it.

“Janie, where the hell are you? I left a message on your cell—“

He stopped frozen in the doorway. She was lying on the bed, motionless. He saw the syringe on the nightstand.

He checked her neck for a pulse. There was none, and she felt cold. He stood up and waited for a moment, staring at her, trying to will her diaphragm to move, waiting in vain for evidence of a breath taken in or exhaled.

He grabbed the syringe and threw it into the trash can under the sink in the kitchen. It took him nearly an hour to wipe down the place, trying to remove every fingerprint he might have left there in the course of more than a month of trysts. It was almost midnight when he started to leave, but he stopped near the door.

He found the purse lying on the floor on the far side of the bed. The cell phone was inside it. He breathed a sigh of relief and stuck it into the side pocket of his jacket as he headed for the door. When the elevator opened into the parking garage, he grabbed his hat and pulled it low over his forehead as he walked to his car.

Instead of heading toward Georgetown and his own condo, he drove west, toward Arlington. As he crossed the bridge he pressed the button and lowered the passenger side window. The cell phone sailed over the guard-rail, falling into the dark waters of the Potomac.

Joseph Adipietro put his feet up on his desk and thumbed through the morning edition of The Washington Post. As he reached the obituaries he scowled and his feet fell off the corner of his desk with a thud. He stood and pulled a step stool to a corner, directly under the small surveillance camera that was always trained on the center of the office. He pulled the DVD from the back of the camera and replaced it with another, then took the disc he had just removed and put it in his briefcase.