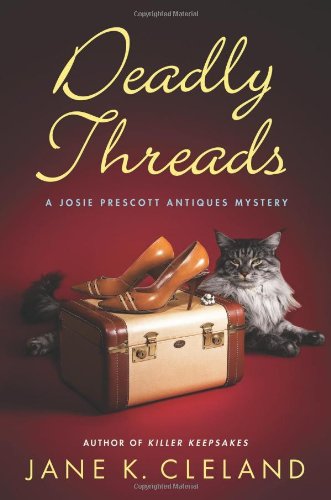 Fashions fade, but death is eternal in Deadly Threads-- Agatha finalist Jane K. Cleland's irresistible new blend of vintage and vengeance. Josie Prescott has begun hosting classes at her antiques and appraisals shop, nestled in the cozy little coastal town of Rocky Point, New Hampshire. The next class is on building a great vintage clothing collection. But when guest lecturer Riley Jordan is late, Josie begins class by reaching under a display table for a dazzling pair of Chanel heels. But instead of the heels, she finds Riley, dead. When it looks as if one of Josie's employees may be involved in the murder, she teams up with the local police chief to investigate, one clue, and one fabulous vintage accessory, at a time.