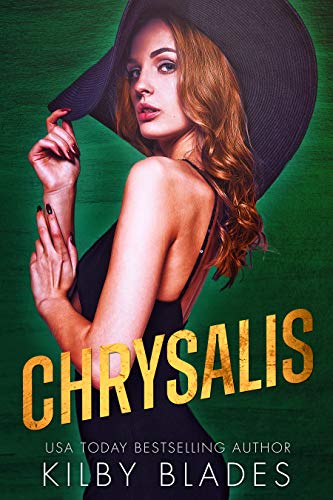 When taking the promotion that means leaving Darby turns out to be the biggest mistake of Michael's life, crafting a second chance is his only redemption. He'll go to extremes to unravel their tangled web. But winning her heart may be the least of his worries. Darby's father is up to no good, a crooked senator whose dirty dealings are at cross-purposes with Michael's social justice work.

They are two powerful men, both vying for control over the future of Chicago's South Side, both vying for Darby's loyalty. Only, Frank Christensen plays dangerous games. When Frank goes too far and places Darby in a bad situation with the mafia, how will Michael protect her from half a world away?

"Gosh this series just keeping getting better and better. Such an emotional read with lots of surprises."

"I knew I wanted more of Michael and Darby’s story. I had no idea I’d love it this much."

"Blades manages to ease feminism and equality into her novels, which is always a delight to see in a genre written and read by women."

- IndieReader Starred Review of The Art of Worship