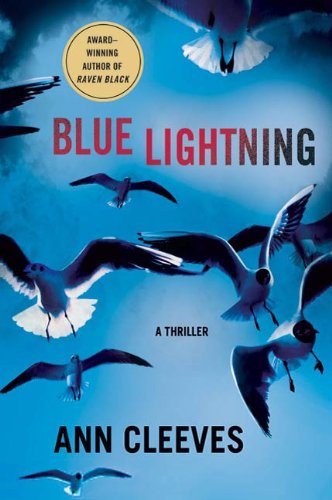 Inspector Jimmy Perez takes his fiancé home to Fair Isle, the tiny island he comes from, to meet his parents. The island is a magnet for bird watchers, who congregate at the local inn and lighthouse. When a local married celebrity, who had an eye for the lads, is murdered, Perez discovers that the suspects are very close to him indeed. With a sensational ending destined to create much buzz in the mystery world, Blue Lightning will thrill suspense fans everywhere. This series is the basis for the hit BBC show Shetland, starring Douglas Henshall, which attracted over 12 million viewers in its first two nights on the air. 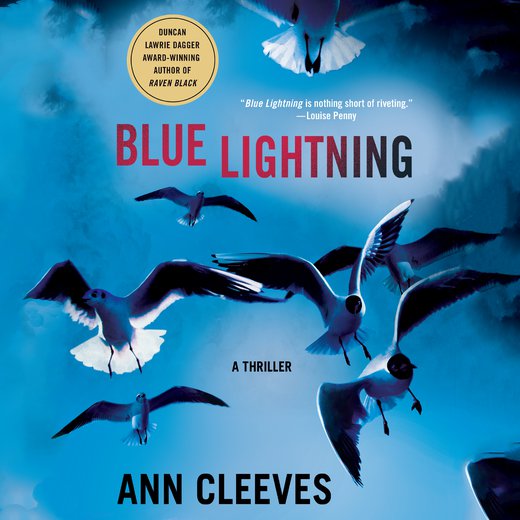 Fran sat with her eyes closed. The small plane dropped suddenly, seemed to fall from the sky, then levelled for a moment before tilting like a fairground ride. She opened her eyes to see a grey cliff ahead of them. It was close enough for her to make out the white streaks of bird muck and last season's nests. Below, the sea was boiling. Spindrift and white froth caught by the gale-force winds spun over the surface of the water.

Why doesn't the pilot do something? Why is Jimmy just sitting there, waiting for us all to die?

She imagined the impact as the plane hit the rock, twisted metal and twisted bodies. No hope at all of survival. I should have written a will. Who will care for Cassie? Then she realized this was the first time in her life she'd been scared for her own physical safety and was overcome by a mindless panic that scrambled her brain and stopped her thinking.

Then the plane lifted slightly, seemed just to clear the edge of the cliff. Perez was pointing out familiar landmarks: the North Haven, the field centre at the North Light, Ward Hill. It seemed to Fran that the pilot was still struggling to keep the aircraft level and that Perez was hoping to distract her as they bucked and swivelled to make a landing. Then they were down, bumping along the airstrip.

Neil the pilot sat quite still for a moment, his hands resting on the joystick. Fran thought then he'd been almost as scared as she had.

‘Oh, well.' Neil gave a brief grin. ‘We have to practise for the ambulance flights. But I did think at one point we'd have to turn back.' He added more urgently: ‘Out you get, the pair of you. I've a planeload of visitors to take out and the forecast is that it'll get worse later. I don't want to be stranded here all week.'

A small group of people waited by the airstrip, their backs to the wind, struggling to remain upright. Perez and Fran's bags were already unloaded and Neil was waving for the waiting passengers to come on board. Fran found she was shaking now. It had felt suddenly cold after leaving the stuffy cabin of the small plane, but she knew this was also a response to her fear. And to her anxiety about meeting the waiting people, Perez's family and friends. This place, Fair Isle, was a part of who he was. He'd grown up here and his family had lived here for generations. What would they make of her?

It would be, she thought, like the worst sort of job interview, and instead of arriving calm and composed, ready with a smile – usually she could do charm as well as anyone she knew – the terror of the flight remained with her and had turned her to a shivering, inarticulate wreck.

She was saved the need to perform immediately because Neil had loaded his passengers on to the plane and was taxiing to the end of the airstrip to prepare for the return trip to Tingwall on the Shetland mainland. The noise of the engines was very close and too loud for them to have an easy conversation. There was a momentary pause, then the surge of the engines again and the plane rattled past them and lifted into the air. Already it looked as frail and small as a child's toy, tossed about by the strong wind. It turned over their heads and disappeared north, seeming more stable now. Around her Fran sensed a collective relief. She thought she hadn't been overreacting about the dangers of the flight. It wasn't a southern woman's hysteria. This wasn't an easy place to live.