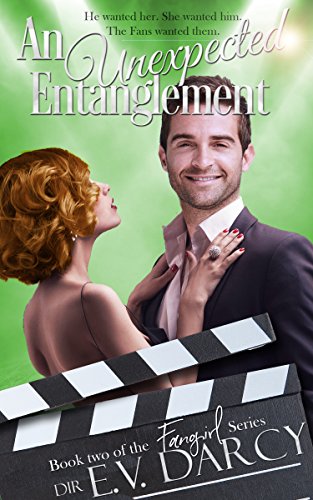 Paige Hamilton was just trying to do her job. But reviewing the fan convention for the hit show Destiny was not going as simply as she had hoped. Her editor is screaming at her for missing out on the biggest stories of the weekend, she'll be homeless when she returns home after signing her apartment over to her cheating soon-to-be-ex-husband, and she's about to go into Casey McManaman's Meet and Greet.

Casey McManaman is the Hollywood Playboy! He has everything he wants, no one to answer to, and has the ego to back it up—everything Paige hates in a man.

When Casey saves Paige's life, and the pair are trapped under a destroyed hotel, Paige has a chance to re-evaluate the man and finds a hidden depth to him that ensnares her heart. But can the man with a reason for his Casanova ways put them aside when love gives him the chance he craves?

Continue to follow the stars of the hit TV show Destiny in An Unexpected Entanglement, the second book of the Fangirl series dedicated to women over thirty who love TV shows, computer games, the internet, and everything else geeky!

This book contains strong language and scenes of a sexual nature.