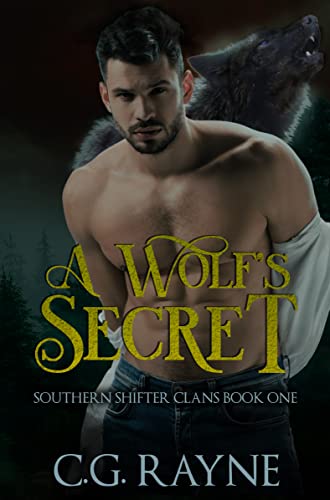 Logan Moore is a shifter Deadend. Born unable to shift and with a dangerous family secret hanging over his head, he has hidden among humans, lived as a human, since his parents went missing when he was a child. Hiding, from the lion shifter clans and their cruel agendas. However, when his dormant shifter heritage is unleashed in the worst way after an abduction and revealed to an Alpha wolf shifter, the fallout from the incident may threaten not only Logan’s efforts of finding out what happened to his parents but also opens up countless opportunities to inadvertently expose his secret to the local shifter clans and worse, to the lions.

Sexy wolf shifter, Hunter Rivera, witnesses Logan’s awakening and offers to help him navigate what he thinks is Logan’s first exposure to shifter society. With his life and safety suddenly in turmoil and all leads on his parents at a standstill, the last thing he needs is the distraction and temptation Hunter’s presence and charming smile bring. To put down permanent roots, to find a mate and belong to a shifter clan has always been something he never thought he could have until meeting Hunter. A sliver of hope that’s soon in danger of being crushed when he learns that lion clan spies have infiltrated the city.

Can Logan risk opening his heart to Hunter for a chance at happily ever after with the weight of his secret and an impending lion clan invasion into their city looming over them both? And why does Hunter always change the subject when his brother is mentioned?

This is a steamy M/M paranormal romance with a HEA in a secret-from-humans A/B/O universe. Although mpreg can happen, it’s an extremely rare event and does not occur in this book. Each book in the series features a different couple, though all books are narratively connected and should be read in order.
Read more