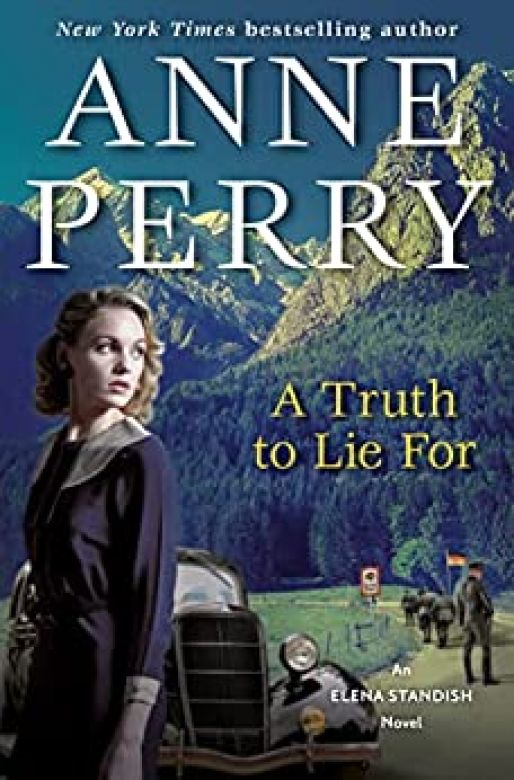 The fourth novel in Anne Perry's breathtakingly tense and exciting spy thriller series, featuring young British photographer and secret agent Elena Standish, who will need every ounce of her strength and ingenuity to survive what lies ahead...

It is the summer of 1934 when MI6 receives intelligence that two German scientists have made a breakthrough in germ warfare. British agent Elena Standish must return to Berlin to prevent unimaginable horror and, with the help of her trusted friend, Jacob Ritter, embark upon a mission fraught with fear and uncertainty.

Meanwhile, her grandfather's old adversary Johann Paulus has risen to power as an adviser to Hitler. By his side is his loyal supporter Hans Beckendorff, who is married to Elena's childhood friend. But when Hans witnesses the bloodshed and atrocities of the Night of the Long Knives, he is torn between ambition and the realisation that he must protect his family from harm. 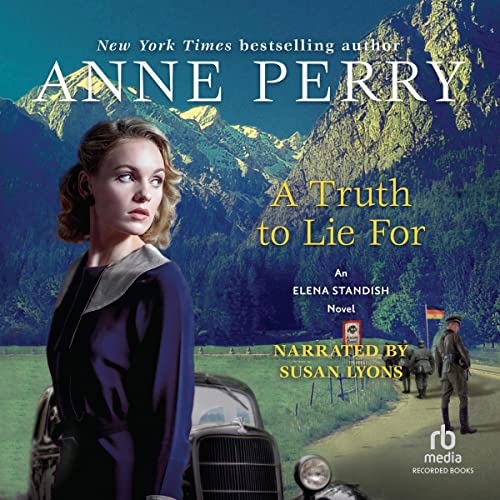 
“I believe you have been complaining recently that your work is not challenging enough.” Peter Howard raised his eyebrows very slightly. In the sunlight through the office window, he looked amused rather than surprised.

Elena drew in a breath, then slowly let it out again. “Yes,” she said. She had been recruited to MI6 by Peter just over a year ago, in May 1933. Now, in June 1934, he was her mentor, and her commanding officer. “I’m doing what any halfway competent clerk would do just as well,” she added.

A flash of amusement lit his face. “Then you will be pleased that I have a job for you that will require all your talents and abilities. Well, except photography.”

Photography was Elena’s profession, her art, and her passport to all kinds of places and situations. It was her expertise as a photographer that had resulted in her invitation to a conference in Trieste, where she had also succeeded in her first official MI6 assignment. And more recently, her photographic skills had added so much to her family’s celebration in Washington, DC—and ultimately led her to solve two murders.

But she did not want to think about that now. It had been less than two months since the incidents in Washington, which had involved her grandfather, and which had ended so terribly. The pain was still raw for both of her parents, but especially her mother. Elena had hardly known her American grandfather, whereas she had a close and loving relationship with Grandfather Lucas, the former head of MI6.

Peter was talking, and she had not been listening.

“. . . Berlin again,” he was saying. “You must not be recognized, Elena. This is not an order—the mission is too dangerous for that—but it is a request that you cannot refuse.”

The irony of the distinction was not lost on her.

“We’re sending another person as well, but you will not meet. Nor will you contact each other unless it is absolutely necessary.”

What had she missed? The humor of a few moments ago had vanished. Peter was no longer smiling but squinting as he looked past her, as if he saw something threatening approaching from far off, something that was crowding out everything else.

He must have observed her confusion, because a gentleness appeared in his face. Not just in his eyes, but in his mouth as well. “What is it?” she asked as politely as she could. Now fear brushed by her. She waited, as if for the blow.

“I want you to get someone out of Germany who is currently in Berlin.”

She knew he would read the fear in her face, and yet she could not hide it. That first assignment in Berlin had marked the moment she had changed from a naïve—and frankly fairly boring—girl into a young woman of courage and imagination. A woman who expressed a passionate anger against the indifference of those who saw only what they chose to, which was primarily what fitted in their comfortable lives.

Her throat was dry. “Berlin?” She only just managed to get the word out.

“Yes,” he said, watching her reactions. “There are two scientists we need to get out of the country.”

“Physicists?” she asked, remembering her last mission, also one she had not chosen, but which had been thrust upon her.

“No, this time they are biochemists,” he replied. “Two brilliant men. They form a research team, and the work of one depends on the other.”

She remained silent, knowing that Peter would tell her only what she needed to know.

“One of them is creating new germs to be used in warfare, while we believe the other is on the brink of finding an antidote to those same germs, which is vital, of course, before using them against anyone.”

He was still watching her intently.

“You were a child during the last war,” he continued, “but you have learned enough about the use of gas in the trenches to imagine what germ warfare can be. What it can do, not only to armies, but to entire civilian populations, is—”

“Yes,” she said sharply, cutting him off. The thought was obscene. “What do I have to do?”

“We’re going to get these two men out of Germany. The extraction of one of them is your task. We’ll send another agent, Alex Cooper, for the other.”

“Why?” The word was out before she thought that perhaps she was asking for more information than she needed.

Peter’s smile was bleak and there was a flicker of pain in it. “Because it’s vital that we get both of them out. And if they leave separately, there’s a better chance that they will survive. It causes less suspicion.”

Elena was paying close attention. The last thing they wanted was to allow Germany and Adolf Hitler to have the upper hand in germ warfare!

“The Germans know that we’re aware of this research,” Peter continued. “And if they discover that we are planning to extract their scientists, they will make every attempt to keep these two men in a secure location, hiding them until their work is done.” After a pause, he added, “And then they will kill them so they don’t take their knowledge elsewhere. We need to get them out before this happens.” He stopped. There was a rigidity in his body, even his face.

Elena knew that he hated having to say this, but he also knew that she needed the truth.

“It will be your job to get Professor Heinrich Hartwig out of Berlin. Cooper will go after the other scientist, Fassler, who, at this time, is not your concern. You need only focus on Hartwig.”

She was certain there was more, and she waited. It was not long in coming.

“Elena, you need to understand. Fassler is vital to their germ warfare plans, but he’s a Jew. The minute he delivers, he’s dead. He knows this.” Peter paused. “Both men are prepared to leave Germany immediately. Hartwig and Fassler are research associates, the Germans’ top team in their field. They don’t work together, or even in the same lab, but their work is complementary. One man’s work is incomplete without the other’s. Hartwig is developing an antidote to the germ. You can’t use this stuff at all until you have a sure protection against it for your own population. If we only get Hartwig out and not Fassler, we will at least have the antidote ourselves. But Germany will still develop the germ. And then they will find someone else who will ultimately develop a vaccine against it.”

“And Hartwig is willing to sacrifice his entire life in order to work in tandem with Fassler?” she asked. “Has Fassler no loyalty to humanity, if nothing else? What on earth does he believe in? Hitler?”

“I don’t believe either of them cares about politics one way or the other. They care about knowledge, science, and medicine. But it’s more than that,” Peter explained. “Hartwig is a widower, no children, his life is his work. And he sees where Germany is heading. This is not a sacrifice for him; it’s a necessity. Fassler? I know less about him.”

“They both need to get out quickly, while they can,” Peter insisted. “The Germans undoubtedly know that any of their enemies will try to lure these men out.” His voice was firm, leaving no room for discussion.

“But you said that others would just take their places?” Elena asked.

“For some of the work, of course. Not for the creative genius. That’s all you need to know.”

Elena saw this as a polite way of reminding her how dangerous this mission would be. If she was caught, as long as she did not have certain knowledge, no threat, no torture in the world, could make her tell.

Peter moved a little toward the window and, in a trick of the light, the shadows vanished from his face. When he spoke, his voice was lower, harsher. “The Nazis are persecuting the Jews even more appallingly than when you were there a year ago.”

“Worse than last year?” she asked incredulously, memory scorching her. “I saw a young man on the kitchen table of the people who took me in. The Brownshirts had flayed the skin from half his body. I don’t even know if they managed to save him. I can’t imagine the persecution being worse than that.”

He looked at her steadily. Seconds ticked by. “Do you want me to send someone else?” His voice was not critical, just disappointed.

“No, of course not.” She forced herself to say it, before she had time to consider whether it was really what she meant. But what a heavy burden! She was sure there was much he wasn’t telling her, but she knew he was protecting her. Her grandfather Lucas would not have told her everything either. He had been protecting her from all sorts of pain for as long as she could remember, far back into childhood. Her memories of him had been of safety, discovery, of long conversations about all kinds of things: the ultimate friendship. She could remember weeding the garden with him, the immeasurable happiness of thinking she was helping. The memory was still so clear, and yet she had been only about three years old.