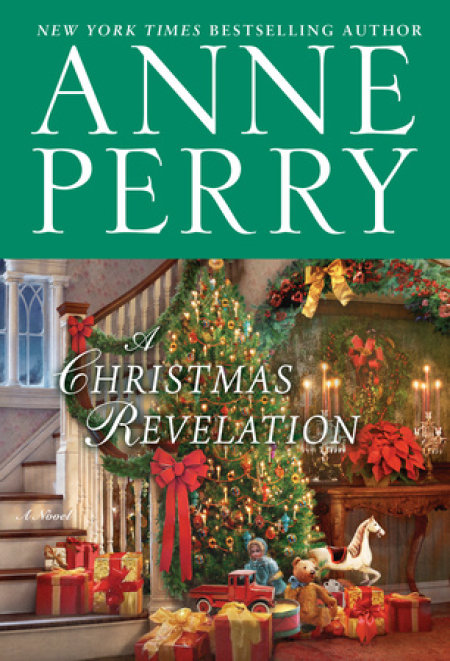 In this intriguing, uplifting holiday mystery from bestselling author Anne Perry, an orphan boy investigates a woman’s kidnapping—and discovers there’s more at stake than a disappearance.

It wouldn’t quite be Christmas without a holiday mystery decorated with all the Victorian trimmings, as only New York Times bestselling author Anne Perry can render it. Now the tradition continues as mayhem is once again found under the mistletoe, and intrigue stalks the cobblestone streets and gaslit parlors of old London Town.

Formerly a river urchin living on the banks of the Thames, nine-year-old Worm has never experienced a family Christmas. But thanks to a job at Hester Monk’s clinic in Portpool Lane, he’s found a makeshift family in kindly volunteer Miss Claudine Burroughs and curmudgeonly old bookkeeper Squeaky Robinson.

When Worm witnesses the abduction of a beautiful woman by a pair of ruffians just days before Christmas, he frantically turns to Squeaky for help. A one-time brothel owner, Squeaky knows the perils of interfering in nasty business, but he can’t bear to disappoint Worm—or leave the boy to attempt a rescue on his own. What neither of the would-be saviors expects, however, is that the damsel in distress already has her dilemma well in hand . . . and is taking steps to bring her captors to justice for crimes far worse than kidnapping. But the rogues, as cunning as they are deadly, are not to be underestimated. The aid of cynical old Squeaky and hopeful young Worm just might make the difference between a merry triumph over evil and a terrible yuletide tragedy. 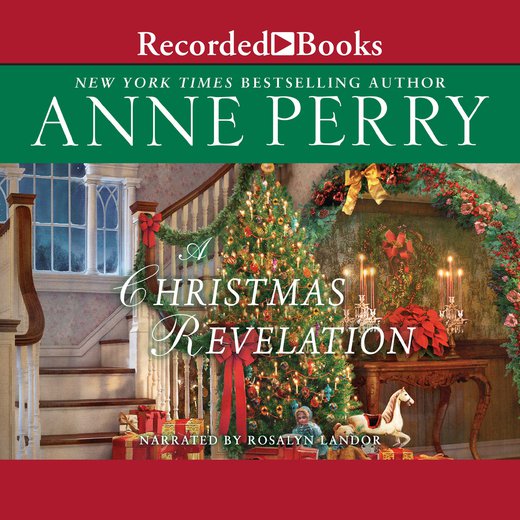 Worm stood and stared, overcome with wonder. She was the most beautiful woman he had ever seen, in all his nine years of life. She was like sudden sunshine on a dark day—­the place you looked without even thinking about it, all light and warmth and softness. She walked the way everybody should: gently, head up, smiling. Maybe other people looked like her at first glance, but when you looked again you saw she smiled, not as if there were something funny, but as if she knew something good that she could share, if you would stop and listen.

But no one did. They all walked past her, hurrying on about their business as though they were late, or afraid they might miss something. In the street, there were carts of vegetables for market, a large brewer’s dray with magnificent horses, brasses gleaming, a barrow boy selling apples, and a hansom cab, the driver flicking his long whip above his horse’s ears, as if it could go any faster in that traffic.

The lady was speaking to a man with one leg. He was leaning on a crutch, awkwardly, and trying to fish in his pocket with the other hand.

The lady smiled and said something. She picked a second bunch of white heather from the tray suspended around the man’s neck and put her other hand gently on his arm, to stop him looking any further for change.

He could be a soldier from the Crimean War. Worm knew about that. Of course, it was twelve years ago now—­1854–­56, long before Worm was even born—­but those who saw it and those who didn’t see it had still all lost someone, and they didn’t forget.

The lady with the light in her face was moving away now. The one-­legged man smiled as he watched her go and, without thinking about it, Worm followed her. He had no idea where she was going, but he wanted to look at her a little longer. He wouldn’t get lost. He had always made his home somewhere around here, close to the river, until early last summer when someone had found him and taken him to live in the clinic on Portpool Lane. He had fended pretty well for himself on this bank, picking up bits of coal, or even brass when he was lucky, and selling it. He knew his way around.

Claudine would be cross with him for being late, but after telling him off a bit, she would forgive him. She always did. Even when he didn’t have a front tooth, the smile always worked. His new teeth were almost grown through now.

The lady was moving quite quickly. He nearly lost her, except that the clouds parted for a moment and a shaft of sunlight fell on her, making her hair bright for an instant. Worm pushed past a man in a heavy topcoat, just in time to see a man with gray hair walk up to the lady and put a hand on her arm.

She flinched, as if he had gripped her too hard, and swung round to face him, anger in her eyes. Then, as though steeling herself, she stood a little straighter and said something to him that Worm was too far away to hear, but it was clear from her face that she was angry.

The man’s expression became a twisted sneer and he pulled her toward him. No one else in the crowd took any notice. Was it a private quarrel with her father? Or an employer? Her clothes were ordinary; it was only her grace in wearing them that made them look good.

The man pulled her again, roughly. She resisted and with her free hand slapped him hard across the face. Then instantly she looked terrified, as if realizing what she had done when it was too late.

He was furious. He snarled something.

Worm ran forward, shouting, “Stop it! Stop it!” Maybe there was nothing he could do, but he would try. He could kick really hard! And if he got hold of someone’s hand, he could bite. He charged at the man, head bent down to butt him in the stomach.

At that moment, another man appeared, quite a lot younger. He was taller and slimmer and clean-­shaven.

“Fool!” he shouted at the older man, and before the older man could confront the lady again, or Worm could kick him in the stomach, the younger man had pulled the lady out of the way. She fell forward against him, and he put his hand on her and twisted her round, pulling her with him. She struggled for only an instant, then seemed to give up the fight and follow obediently. Perhaps she was afraid of being hurt again, or worse?

The older man swore, then followed after them. Nobody appeared to have noticed Worm. He squeezed between two women with bags of laundry. They were so deep in conversation that they only swatted at him with one hand, for his impertinence, without missing a word.

He could still see the older man, and he ran after him across an open space in the street, just behind a costermonger’s barrow full of vegetables and in front of a hansom whose driver was shouting at everyone to get out of the way. Might as well yell at the incoming tide, Worm thought, but some people felt better for complaining. Gave them the idea they were doing something.

He could still see the older man as he turned a corner into an alley. Worm usually had more sense than to go into dark corners, but this time there was no help for it. He ran past an old woman with a dog, swerved round the corner, and thanked whatever heaven there was that the older man was still in sight, not far ahead. He had caught up with the younger one, who continued holding on to the lady. Was she all right? Had they hurt her again?

If he didn’t want to be seen, Worm should hang back. But if he did that, he would not know which way they went. What use was following anyone if he did not go all the way? He walked quickly and quite quietly, since his boots were very thin, one stage before getting actual holes. He did not like to tell anyone at the clinic because he knew they needed all the money for the sick people. It was a pretty big thing that they gave him food every single day and a bedroom of his own, with a real bed and blankets. He knew enough not to be greedy.

At the end of the alley, they turned left. That was inland, away from the river. Worm did not know this area so well. The river was his; at least it used to be. Now he lived inland a bit, and west of the patch of the bank he knew best. This was going east and inland, toward Mile End.

Still, he had to find out where they were taking the lady. He followed them silently for what seemed like a long time. He could still see her. But he couldn’t see if she was struggling, or if they held her so tightly that she couldn’t. She must be frightened.

He was catching up. He moved quickly, darting in front of a wagon and causing the driver to yell a string of imaginative abuses at him. The older man turned round, maybe at the color of the words. For a moment, his eyes met Worm’s. Worm froze. The wagon passed so close to him, the driver reached out and cuffed his ear. It stung, but Worm ignored him.

The older man, still holding hard on the lady’s arm, shouted at Worm, “Get out of ’ere, or I’ll tan yer ’ide till it falls off yer skinny bones!”

The lady turned and saw Worm. There was recognition in her face. She opened her mouth as if to say something, but the younger man pulled her so hard she staggered against him.

A group of people with a vegetable cart passed in front of Worm, and when he looked again, the pavement was empty. The lady was gone, and so were the two men who had taken her.

Worm spent a long time looking for them, but he found no sign. Did that mean they were inside a house near here? He couldn’t ask anyone: “Have you seen a lady who smiles, with the sun in her hair? And two men who were taking her somewhere she didn’t want to go?”

There was nothing to do but go all the way back to the clinic, where at least he would get something to eat. He was hungry and cold, and his legs ached. There was definitely a hole in his boot now, and it was going to freeze tonight. But what could you expect? It was nearly Christmas.

He turned round slowly and started to walk westward. He would strike a main street he knew before too long.