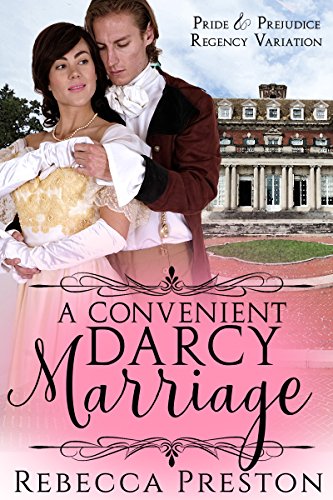 Elizabeth Bennet finds out that she will have to marry Mr. Collins. But Elizabeth doesn’t want to be forced to marry someone she does not love.Luck would have it that she met Darcy at the Netherfield Ball. Elizabeth brought up her wishes not to enter a forced marriage with Mr. Collins. Darcy then tells her his idea of how he can help by marrying her instead, due to being put under pressure by his own family to get married soon.Elizabeth doesn’t know which one would be better — a forced marriage with Mr. Collins or a marriage of convenience with Darcy. If she marries Darcy, will she ever fall in love with him? Will Darcy ever love her?A Convenient Darcy Marriage is a full-length clean and sweet romance novel that tells another Pride and Prejudice retelling between Darcy and Elizabeth.