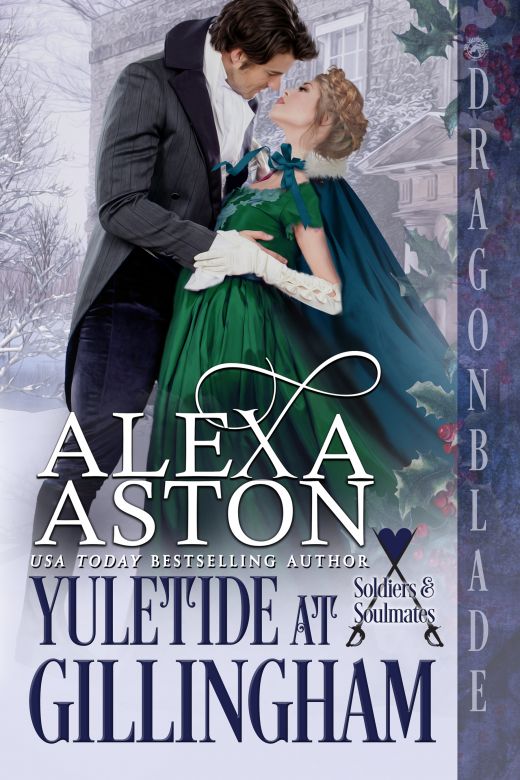 One boy abandoned by a greedy, gambling father . . .

A lasting friendship that will see them through the hard times—and beyond . . .

Christmas is coming to Gillingham, the country seat of the Reid Baker, Duke of Gilford, and
home to Dunwood Academy, a school for boys run by the Duchess of Gilford. Ashlyn is with
child after their recent marriage and all seems right in their world—until two visitors bring
upsetting news.

One is Viscount Dalworth, whose son, Thomas, is a new student at the academy. Shy and
withdrawn because of his mother’s recent death, Thomas is finally coming out of his shell,
thanks to his friendship with scholarship student Edward Pickens. The viscount is on the prowl
for a wealthy wife and chooses to attend a house party during the holidays, informing Ashlyn
that Thomas is an inconvenience and he must remain at school during the Christmas holidays.

The other visitor is the local doctor, who brings heartbreaking news of Edward’s father, a local
farmer who is dying of winter fever. Because of their situations, the young friends will remain
with Reid and Ashlyn over their Christmas break.

Though heartbreak occurs, both Edward and Thomas mature and their friendship will endure for
many Yuletides to come.

I've had several readers ask whatever happened to Edward, the scholarship student at Ashlyn's school who bore a firemark on his face.

This Christmas novella will allow you a glimpse into Edward--as a student--and then as an adult.

Ashlyn Baker, Duchess of Gilford, awoke nestled in the arms of her husband, Reid. She could tell he was still asleep from his even breathing. His arms held her close, though, possessive of her even as he slumbered. For Ashlyn, it was the safest place in the world. Reid had become her world in such a short time. He was loyal, generous, and fiercely protective of those he loved.

Especially the child she carried.

They had wed in May and both had been pleased when her courses ceased during the summer. She had welcomed her students back to Dunwood Academy, housed within a wing of Gillingham, just as the nausea struck. She had tried her best to hide her condition but Reid’s half-brother, Arthur, had figured it out. He and his younger brother, Harry, were pupils at the academy she had founded and quite a bit younger than her husband, who was thirty. Arthur had pulled Ashlyn aside and told her what he suspected. She had confirmed it and Arthur told her she needed to let all the boys know because they would want to take care of her.

Ashlyn did as Arthur suggested and, ever since, every student at Dunwood Academy had been especially watchful, carrying things for her and insisting she sit whenever possible. She took pride in their gentlemanly actions and solicitous behavior and knew her child would have so many who would love him or her. If she had a boy, she wanted him to attend Dunwood Academy when he became of school age. Of course, it was possible she could give birth to a girl. Because of that, she had thought of creating a companion school to Dunwood Academy, one for females. She and her husband had discussed the idea at length. Reid had been very encouraging and because of his support, both financial and emotional, plans were in the works to open it the following September. By then, she would be a mother. The thought filled her with love.

Reid’s close friends had become the same to her, along with their wives. Ashlyn had traded numerous letters with Gemma, Countess of Weston, who had delivered a healthy boy this past June, and Charlotte, who already had a three-year-old son and was also due next April, the same month Ashlyn would give birth. As her body changed, she had numerous questions for her two friends. Letters between the three had flown fast and furiously over the past few months.

She didn’t mind the weight gain, though her growing belly had changed her center of gravity, leaving her feeling a bit imbalanced at times. Recently, her skin had begun to itch as it stretched, which Charlotte assured her was perfectly normal. Reid had certainly enjoyed her fuller breasts and paid them ample attention as he made love to her.

What she worried about was the fatigue that set in at times, along with the shortness of breath. Her husband encouraged her to relax more and turn over more of her duties to others on her staff. She had selected Mr. Selleck, who taught languages and literature, to act as her associate headmaster. The tutor was organized and efficient and a great favorite of the boys.

Reid stirred and Ashlyn stroked his arm. Soon, his lips caressed her nape and his hands roamed her body, sending waves of heat through her. She didn’t think she would ever grow tired of this man’s tender touch.

After they made love, he held her close, nuzzling her neck.

“You need for Anderson to shave you,” she told him, referring to his valet.

“Are my whiskers scratching you, love?” he asked, concerned.

“A bit. But Anderson will have you clean-shaven in no time.”

Reid sighed. “That means I would have to leave this bed. I am not sure I like that idea.” His arms tightened about her. “You feel too good. Perhaps I shall clear my schedule today and remain in bed to continually make love to my beautiful wife.”

“What of breakfast with the boys?”

He kissed her bare shoulder. “We breakfast with your students every morning. Surely, they could get along without us for a single meal.”

Ashlyn chuckled. “As much as they worry about me nowadays, they would probably storm into our bedchamber to see that I am well. It would most likely be Arthur and Harry leading the charge.”

He kissed her hair. “Those boys have changed, haven’t they? Mostly, thanks to you, though I do think having Rhys as their stepfather will be good for them.”

Dalinda, the boys’ mother and Reid’s stepmother, had wed Rhys Armistead, Earl of Sheffington, in August. She had confided to Ashlyn that she hoped she would have more children with her new husband. If so, Arthur and Harry would make for excellent big brothers.

“Oh!” she said, startled by the sudden, unexpected fluttering in her belly.

“What’s wrong?” her husband asked sharply, turning her to face him.

She smiled. “It is what I have been waiting for. The baby is moving. Gemma said it feels as if butterflies are gently flapping their wings inside you.”

He placed his hand alongside the swell of her belly and waited. “I don’t feel anything.” She heard the disappointment in his voice.

“Gemma says the fluttering grows stronger and that is when I—and you—will be able to feel the baby kick.”

He laced his fingers through hers. “This is truly happening, isn’t it? We are going to be parents.”

He kissed her, long and deep, and love flowed between them.

Breaking the kiss, he said, “We better ready ourselves for the day. I can’t have an army of boys invade our bedchamber in search of their headmistress.”

Half an hour later, they were at breakfast with the academy’s students. Ashlyn always had a penny placed beside each boy’s plate. One by one, she would call upon them, and they would toss their penny into a jar sitting in the middle of the table, sharing any thought they wished to with the others. Once each boy had spent his penny, the conversation opened to all. She thought it a good way to make sure every pupil had a chance to speak and be heard, sharing his feelings without judgment.

“Why don’t we have Thomas start us off this morning?” she said brightly. “A penny for your thoughts, Thomas.”

Thomas was new to Dunwood Academy this term and very shy. He had lost his mother the previous spring and had refused to go back to his previous school, frustrating his father. Viscount Dalworth had reached out to Reid, since they had mutual acquaintances, and begged for him and Ashlyn to accept Thomas as a pupil. Ashlyn had a poor impression of the viscount since Lord Dalworth hadn’t brought his own son to school, instead sending a footman to accompany him. The fact the viscount’s country estate was only an hour and half’s carriage ride from Gillingham seemed to make it even worse.

Though withdrawn at first, she had seen the twelve-year-old slowly emerging from his cocoon, thanks in part to Edward Pickens. Edward was a scholarship student, the son of a local farmer, and quite brilliant. One side of his face was marred by a port-wine stain, commonly referred to as a firemark, but Edward hadn’t let that physical blemish affect his love of learning. He excelled at mathematics and music and was one of the most courteous students Ashlyn had. The boy could put anyone at ease and she had seen how Edward had taken Thomas under his wing. The two boys were inseparable now and Thomas’ confidence had grown as the boys’ friendship had.

He reached for the penny next to his plate and tossed it toward the jar. It hit the lip and then skittered away, falling to the table. No penalty was assessed if a coin didn’t fall through, though an extra biscuit was awarded at afternoon tea to those who did meet the mark on the first try. Peter, a freckle-faced lad with ginger hair reached for the coin and rolled it down the table toward Thomas.

Warmth filled Ashlyn at Peter’s encouragement of Thomas. The boy frowned slightly in concentration and tossed the coin again. This time it sailed through the opening, landing in the center of the jar and clanging as it fell to the bottom of the glass.