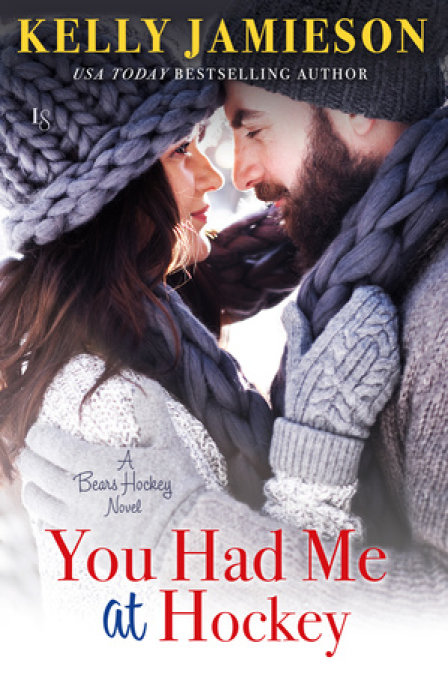 Can a spirited, down-to-earth influencer get an uptight hockey player out of his shell?

I am a warrior. That’s been my motto since I recovered from a near-death accident when I was younger. Now I enjoy my nice, settled life in Dallas playing pro hockey—a boring life is better than being dead. I’m not a party guy or an adventurer; I like my routine and peace and quiet. So being traded to New York is the worst possible change that could happen. And meeting unfiltered and fascinating Sara Carrington throws my life into even more chaos.

I’ve been considered weird my whole life, which is why I’m still a virgin, but I’ve turned it into a career with my YouTube videos. Who knew people would love watching me talk about my zits, taste test meatless burgers, and try to learn TikTok dances! Now I’m launching a podcast. Getting hockey star Josh Heller as a guest will help gain listeners for sure. I expect a bearded jock with no teeth and nothing to say, but I get a hot as H-E-double-hockey-sticks grouch with a surprisingly dirty mind. My mission to make him laugh is successful, but I want to know why he’s so uptight underneath that panty-dropping smile. Maybe I can teach Josh to have some fun . . . and maybe he can teach me a thing or two along the way. . . . 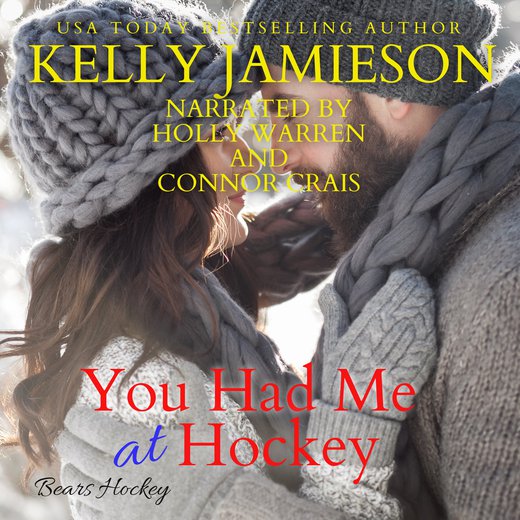 Josh stands and walks toward us.

Oliver shakes Josh’s hand vigorously. “It’s so cool to have you playing for the Bears.”

I sense the lack of sincerity in his words. Hmmm.

“Come on back.” Oliver leads the way to the soundproof studio where we’ll record the podcast. It’s small but comfortable, with a round table, two chairs, and microphones set up on the table. At one end of the room is the sound equipment, which I know nothing about, where Oliver will sit while we record.

Josh and I take seats. “Get comfortable,” I tell him, pulling out my iPad. “We’ll get started in a few minutes.”

He doesn’t look comfortable. He looks like he’d rather shoot pucks at me than talk to me right now.

Oliver moves around turning things on, then does a sound check, and we’re ready to go.

I’ve got notes on my iPad, and I start with a shout-out to the sponsor of this podcast. “Random Acts of Sara is brought to you by TicketTalk. TicketTalk is the Web’s largest event ticket search engine. Discover events you love, search all ticket sites, see seat locations, and get the best deals on tickets. It’s the only ticket app you need, and you can get it in the App Store or on Google Play. I love TicketTalk because you can get tickets to anything—Broadway plays, concerts, sporting events. Aaaaand…speaking of sporting events, my guest today is NHL player Josh Heller. Josh was recently traded from the Dallas Stars to the New York Bears, so he’s ours now, and ladies, let me tell you, we are happy to have him here in NYC.”

A hint of red spreads across Josh’s cheeks. Adorable.

“Yes, I’m sitting right here with him in the studio, live and in person. Welcome to the podcast, Josh.”

He’s obviously experienced at speaking into microphones. His voice is deep and modulated. “Thanks for having me, Sara.”

He looks uncomfortable, but he comes across as casual and at ease.

“This is my first professional athlete podcast interview, so I’m pretty amped about this. I have to admit I don’t know a lot about hockey, or any other sport for that matter, although I’ve been to a lot of Super Bowl parties.”

"Why don’t they have Stanley Cup parties?” I wonder aloud.

“Good point. We all know when the Super Bowl is going to be a year ahead of time. So you’ve just moved to New York. What’s the first thing you did when you got here?”

“I went and bought a warmer jacket.”

I laugh. “Yeah, January in New York calls for warm outerwear. What are some things you want to check out now you’re living here?”

He rubs his jaw. “Geez, I don’t know. My schedule’s pretty busy. But at some point I’d like to visit the 9/11 Memorial and also One World Trade Center.”

“Hey, I’m the interviewer here.” I give him a sly smile. “I ask the questions.”

“I’m kidding! We’re having a conversation. I’m just surprised because you’re an athlete and I thought you’d want to do something more…athletic.”

“Well, I’d also like to go to a New York Yankees game."

I smile. “That’s more what I expected to hear.”

He smiles back. Some kind of vibrating connection stretches between us. Damn, even though he doesn’t show it much, he has a nice smile. And teeth.

I need to focus. “Okay, here’s my first hockey question.”

A smile tugs at my lips. “Why do hockey players spit so much?”

His mouth opens, then closes. “I did not expect that.”

“It’s because…uh…mucus builds up. It does for anyone who works out at a high intensity, especially in the cold. You gotta either swallow it or spit it out.”

“Have you ever spit on someone by accident?”

“Also, we drink water or Gatorade, but you don’t want to drink too much because it weighs you down, so you swish it in your mouth and spit it out.”

“Also gross. I am not offended, however. Maybe more impressed.” This handsome, well-dressed man sitting across from me does not look like someone who drops loogies.

He chuckles. “I admit, it’s not the nicest habit. There’s also the smelling salts ritual.”

“Smelling salts.” I lean forward, fascinated. “Seriously? Like what the Victorians used to revive a woman who’d fainted?”

“Yep. I honestly don’t know the scientific explanation, but lots of players do it because they think it improves their performance.”

“Nah. I tried it. Damn, it hurts—my eyes wouldn’t stop watering. I’m not sure if it’s just a gimmick or really works, but hey, we all have our rituals.”

“You mentioned rituals. Do you have any strange rituals?”

His face tightens, but he keeps his tone casual. “I do have a game-day routine I like to stick to.”

“Sure. I always grow a beard in the playoffs.”

I study his face with the neatly-trimmed facial hair. “That’s what I expected you to look like! A big, long beard and no teeth."

He taps his index finger to his front teeth. “These are all mine.”

“What other superstitions do you have?”

“You can’t touch the Stanley Cup unless you win it.”

I nod. “Okay. Any more personal ones?”

“I’m pretty picky about how I tape my stick. Everyone does it differently. I have to do it the same way every time, heel to toe, black tape, and I have my own way of shaping the knob.”

For a split second I can tell we’re both thinking the same thing. The air around us crackles.

“And no one can touch my stick after I tape it.”

“So here’s a question…why do you tape your stick?”

“Tape on the blade helps you feel the puck better, gives you more puck control. And on the shaft, it gives a better grip.”

It’s not often I am rendered speechless, but that moment has arrived.

Is he doing this on purpose?

“And then you tape the butt.”

“You create a knob on the end, to keep your hands from slipping off."

His face is serious, but his eyes twinkle and I know he knows what he’s saying. “But not too sticky. I have to be able to slide my hands down the shaft when I need to.”    I

I can’t stop the laughter that spills out of me, falling back into my chair.

“And I just need a small bump on the butt, but goalies have to have a big knob.”