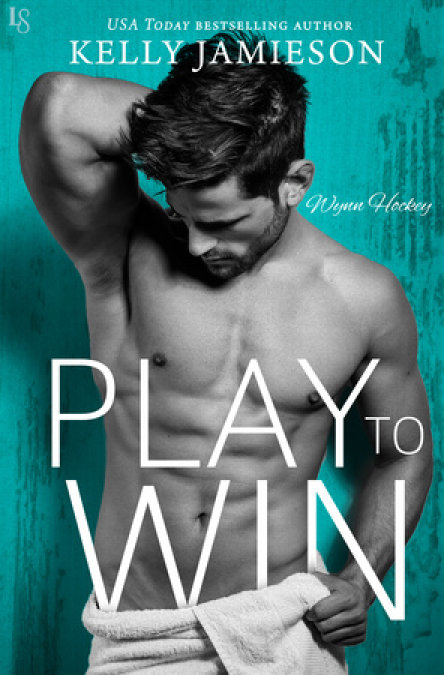 After an injury forced Théo Wynn to give up professional hockey, he turned to his second love: numbers. Now, as the general manager of his grandfather's NHL team, the Los Angeles Condors, Théo is dying to prove to the rest of his family—especially the brother who betrayed him—that he's just as successful as the rest of them. If only Théo had a gorgeous woman on his arm to complete the picture . . .

Lacey Olson needs to get out of Las Vegas right now, thanks to her no-good, crooked brother. When a handsome stranger who's out partying with friends comes to her rescue in the cocktail lounge where she works, they strike up a conversation that leads to a crazy plan: her leaving with Théo for L.A. tomorrow. A few drinks later, the idea gets even crazier: a quickie marriage that works for both of them.

But back in California, Lacey immediately turns Théo's precise, well-ordered life into one big beach party. And before long, she's tempting him with her smart mouth, sexy body, and sunny charm. The last thing Théo needs is a real relationship to distract him. Because he only plays to win . . . 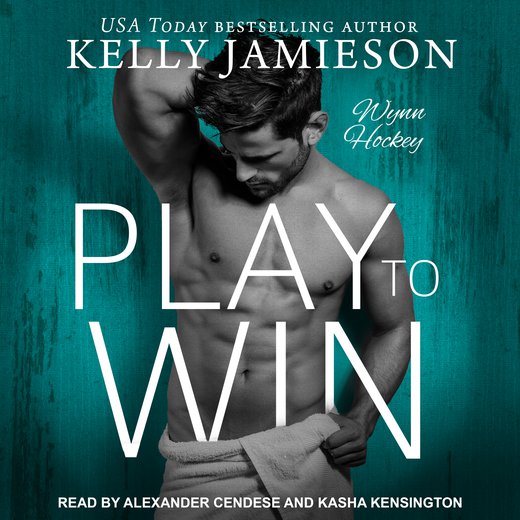 This is the weirdest f***ing job interview I’ve ever had.

I rise from the chair in my Las Vegas apartment and carry my glass of whiskey—Crown Royal XO—over to the window. Outside, the pool shimmers turquoise in the dusk, palm trees silhouetted against the cobalt sky.

“Come on, Théo.” My grandfather speaks from my big brown leather couch where he’s still sitting. “I can’t believe you’re not jumping at this opportunity.”

I turn to face him. At seventy-two, he’s still a fit-looking man. I don’t think he’s lost an inch of his six feet two height. His physique isn’t as muscled as it was back in the days when he played hockey, but he’s still imposing. His mostly gray hair has receded at the temples, but he has hair. After living in California for nearly forty years, the legendary scar across his right eyebrow isn’t as prominent now that his face is tanned and his forehead and eyes are more creased.

He fixes his blue eyes on me—eyes that were once piercing but now look a little cloudy.

I walk back over and sit on the chair across from him. I lean forward, elbows on my knees. “Grandpa. You know I can’t take this job. My dad would crap hockey pucks and go ape shit on my ass if I came to work for you.”

I narrow my eyes at him. “Is that why you’re doing this? Because I don’t want your f***ing job if you’re just doing it to piss off Dad.”

“No.” His smirk morphs into a scowl. “That’s just a happy side benefit.”

I roll my eyes. Christ. This feud between my dad, my uncle, and their father—now sitting here in front of me—is bringing back my stomach ulcer. I ignore the gnawing feeling in my upper abdomen.

Yeah, my dad would flip shit if I took a job working for his father, but there’s more to my refusal than that. I’m not afraid to admit that I want my dad to be proud of me and what I do, but I could live with pissing him off. What I couldn’t live with? Taking this job and failing miserably. I’ve had enough experience letting down the family to know that this would be the ultimate disgrace. And it wouldn’t just be my dad . . . it would disgrace the entire Wynn family, the hockey dynasty known worldwide. No pressure at all.

“I told you why I want you for this job,” Grandpa continues in his rough voice. “You’re a smart guy.”

I almost snort. Yeah, I’m smart. So smart everyone thought I was a total dork growing up.

“I haven’t done it all myself.”

I’m the assistant general manager of the expansion NHL team here. They hired me three years ago even though I was only twenty-five years old and had no experience managing a hockey team. But I’d built my hockey analytics business Coast 2 Coast into something people were taking notice of. Yeah, we’ve had some success here, and despite my protest, I know I’ve contributed a hell of a lot to that success.

The idea of being the general manager, of being in charge of everything—responsible for acquiring the rights to player personnel, negotiating contracts, moving out players who no longer fit on the team, the challenges of constructing a team under the salary cap, along with managing the scouts, the trainers, the coaches—it’s what I’ve wanted . . . well, not my whole life. What I’d wanted my whole life was to play in the NHL, and I’d achieved that . . . for six short months before it had been slew-footed (hockey talk for when some asshole kicks your feet out from under you).

But taking a job working for my grandfather, owner of the California Condors hockey team in Santa Monica, with all the shit that exists in my big, crazy, f***ed-up family . . . if I think my ulcer is bad now, holy shit, I’d be not only eating proton pump inhibitors, I’d be downing beta-blockers for my blood pressure and probably Xanax too.

Not that I’m stressed or anything.

Not only is there bad blood between my dad and my grandpa, for a whole lotta reasons, I’m not on speaking terms with my brother, JP. That jackhole f***stick. JP plays for the Golden Eagles, which my dad owns, coached by my uncle Mark, who my grandpa recently fired. (That whole shit show is a long story.) The Eagles play out of Long Beach, only a short freeway drive away from Santa Monica, meaning it would be tough to avoid seeing JP.

Ah f***. The Condors haven’t made the playoffs in years. The challenge of it yanks at something inside me, making my skin prickle everywhere. The palms of my hands tingle as I toss back the rest of the whiskey. “This is nuts, Grandpa.”

“You’re the one I want. You’ve got the brains, the logic, the common sense . . . but you also have the passion for the game. You work your ass off all the time.”

Another uncomfortable truth. I may have been called a workaholic a time or ten.

Then Grandpa says the magic words. “You’ll have complete autonomy to rebuild the Condors as you see fit.”

I sit back in my chair and study Grandpa. While this is enticing, I’m skeptical that he’s going to turn everything over to me.

“There’s something special about you. Lots of people in the league are seeing it. We can do great things together.”

I can’t help but smile as I slowly shake my head. “You’re good.”

“I’m not blowing smoke up your ass.”

Grandpa is known for his colorful language.

“This is serious business,” he adds, his voice gravelly. “You know this team is important to me.”

Hockey’s been Grandpa’s whole life. He grew up in rural Saskatchewan, Canada, playing hockey on a pond. He had a long, successful career with the Toronto Maple Leafs, was traded to the Condors, where he played three seasons before retiring, and two years after that he bought the team he’d played for. The Condors had a lot of good years, but sure as shit not lately.

Grandpa has four Stanley Cup rings from his time with the Leafs, but that was five decades ago. The Cup has eluded him ever since, and I know he wants it one more time. I get it. I’ll never get to hoist the Cup as a player . . . but I want it too. So f***ing much.

“I know. You’ll think about it.” He stands. “I’m flying home tonight. Thanks for listening to me.”

“Good to see you, Grandpa.”

“You have until Friday to make a decision.”

I snort out a laugh. “Good to know.”
Alone in my apartment, I stand for a moment and draw in a breath. Shaking my head, I let it out and head to my computer. Where else would I go? If I’m going to make a life-changing decision, I need data. I need all the facts.

We’re building something great here in Vegas, and I’m a part of that. I could stay here and continue that trajectory. Even though I don’t always agree with everything my boss does. Even though I can clearly see different paths to where we want to go.

Or I could take a risk on trying to build a losing team into a winning one.

I try to ignore the push and pull of excitement and fear, the tug between desire for change and maintaining the status quo. I make decisions based on sound rationale, not emotion. That’s me. Logical. Analytical. Sensible. I gather information, weigh the alternatives, and consider the pros and cons. Emotion shouldn’t come into it. Just feasibility, acceptability, and desirability.

First, I need some extra-strength Tums. And another shot of Crown Royal.