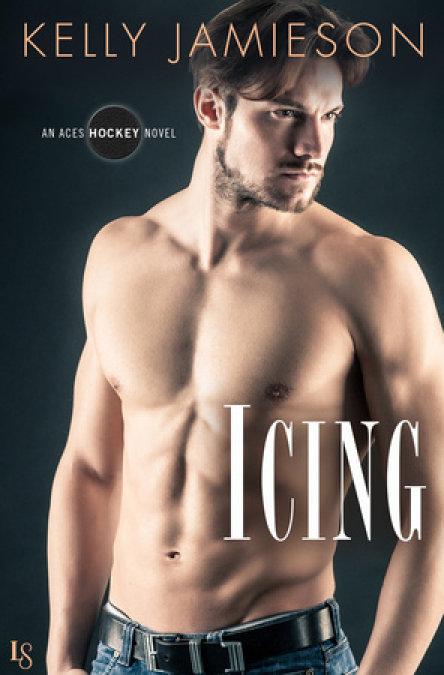 Duncan Armstrong may be an NHL star, but he's a country boy at heart. His ultimate fantasy is going home with the Stanley Cup, not a gold-digging airhead who aspires to be a trophy wife and nothing more. Newly single and hoping to enjoy a night out with his teammates, he ends up hitting it off with a down-to-earth waitress who's a complete breath of fresh air-until Duncan learns that she's a part-time model. He tries to forget about her, but their sizzling chemistry has him coming back for more.

Amber is working hard to put herself through school, and has zero interest in dating a professional athlete. She's seen firsthand how fame and fortune can mess with their heads-her father's brilliant football career ended in a firestorm of addiction and infidelity. So Duncan's attentions immediately have her on the defensive. Still, there's something different about him. And once she stops trying to freeze him out, irresistible temptation turns into all-consuming passion. 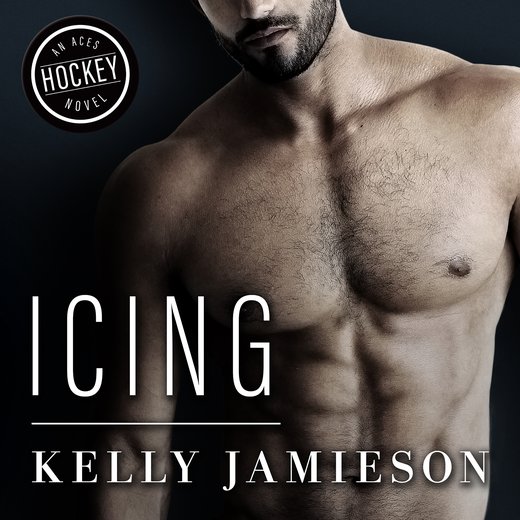 “Oh look—Tiffany!”
Duncan let out a sigh, trudging along behind Melissa as her high heels tapped on the sidewalk flanking Michigan Avenue. He was already carrying glossy shopping bags from Chanel and Louis Vuitton. This was not his idea of fun on a Friday afternoon. He’d rather be . . . well, he’d rather be doing anything else. The glass columns of the skyscrapers around him made him feel claustrophobic and all the people and traffic set him on edge. After living in Chicago for the last seven years, he was a lot more comfortable than he’d first been, but even so this was not his happy place.

Luckily he was a big guy and people moved out of his way on the crowded sidewalk. He followed Melissa into Tiffany, past the large dude in a black suit standing at the door. They exchanged chin lifts.

He immediately felt out of place. In his faded blue jeans, worn cowboy boots, and Chicago Aces ball cap, not to mention being six foot two and two hundred ten pounds, he was like an elephant in a china shop. He ignored the glances that came his way, not sure if they were because people recognized him or because they wondered if he should have been allowed into such an exclusive store. Probably looking at his attire and rolling their eyes, thinking he and Melissa were “just looking.”

The Chanel and Louis Vuitton shopping bags should give them a clue. Melissa was a pro shopper and was never “just looking.” His credit card was whimpering in his wallet in proof of it at that very moment.

Melissa fit right in here, in her lambskin jacket and designer jeans tucked into high-heeled Jimmy Choo boots. Her long blond hair hung in a smooth curtain down her back, topped by a cute little fedora. Perfect makeup emphasized her high cheekbones, full lips, and big eyes. She was all class and glamour, which totally made sense since she earned her living as a model.

She wasn’t a top model, but she was becoming well known and had dreams of fashion magazine shoots in New York, and Sports Illustrated swimsuit shoots in the Bahamas, or what the heck ever.

She bent over a display case, making an almost orgasmic sound. Huh. That was more orgasmic than he’d ever heard her in bed. She was gorgeous and her naked body made him hard as a goalpost, but she always seemed to want it over with as fast as possible. Which probably meant he sucked in bed.

He peered into the case.

A salesperson appeared. “Would you like to try it on?”

F***, the thing was all diamonds, glittering in the lights that were no doubt specially designed to make things sparkly and irresistible. Was she going to want this too? He was starting to feel like he was whipped. Maybe it was time to put his foot down. Nicely.

“Isn’t it fabulous?” Melissa looked into a mirror and touched the diamonds and gold.

She turned big eyes on him. “Can I have it?”

Jesus, she’d dropped hints in Chanel, stronger ones in Louis Vuitton, now she was outright asking. His insides twisted and little warning bells rang in the back of his mind. “Think we spent enough today, Mel,” he said quietly.

She blinked, then pouted. “But I really like it.” She moved closer to him and set a hand on his chest.

“Not saying you can’t buy it yourself. If you want it that much.”

She bit her lip, then turned to the saleswoman. “How much is it?”

Melissa’s lips tightened and she turned back to Duncan and whispered, “I can’t afford that.”

F***. He felt the pressure but shrugged his shoulders. “That’s too bad.”

Anger flashed in her blue eyes. “Seriously? You’re not going to buy this for me?”

He forced a smile. “How about I make a note of that for a birthday present.” Her birthday was months away, but it was a compromise. Right?

Melissa removed the necklace and handed it back to the woman. “I guess not today.”

Her cheeks red, she turned and walked out of the store. Duncan’s own face heated as he met the woman’s eyes. He made a face, like, “Women, what can you do?” and followed Melissa out. On the street, she started walking at a brisk pace.

“Why did you go in there if you weren’t going to buy me anything?” she demanded.

Wait, what? He grabbed hold of her arm. “Hey, hang on a sec.” They came to a halt and she glared at him. She was five-ten and wearing four-inch heels, so they were eye to eye. Hers were frosty. “Are you seriously mad because I wouldn’t buy you a two thousand dollar necklace? After all the money we spent earlier?” He held up the shopping bags.

“I really liked that necklace. I’ve never had anything from Tiffany.”

His eyebrows rose. He studied her. Gorgeous, sexy, hot body. But totally not worth it. He swallowed a sigh. Was he really going to break up with her? In his whole life, the only time he’d ever ended things with a girl was when he’d left Wisconsin to go to the University of Michigan to play college hockey. He wasn’t even sure how to do it. What did he say?

Her eyes widened. “What isn’t?”

Her forehead remained oddly smooth, though her eyebrows twitched, as if she was trying to frown. “What? Are you breaking up with me?”

He wanted to say something lame, like, It’s not you, it’s me, trying to make her feel better. Also, he didn’t have a whole lot of experience with women despite his twenty-seven years, and it was entirely possible he was the one at fault here. As a professional athlete, he had no shortage of dates. Some guys had girls two at a time (if you could believe their locker room tales). After turning pro and moving to Chicago, Duncan had been sucked into all that feminine attention and he’d made up for lost time by screwing around as much as he could. He’d slowed that down lately, feeling like he was ready for something more than just hookups with girls who were interested in him only because he was a hockey player and had some money. But the last few girls he’d been with hadn’t worked out so great, and when a gorgeous model like Melissa had been interested in him, he’d been blinded by her sexy looks and the idea of having a hot babe like her on his arm. His Chicago Aces teammates had been impressed.

So yeah, he’d been with other women, but screwing around wasn’t the same as having a relationship.