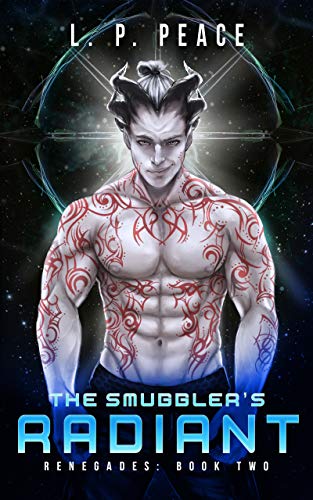 A smuggler seeking to change his destiny. An enslaved trader desperate to go home. Can they survive the forces determined to drive them apart?

When Rhona is taken from Mars orbit by the infamous alien slave ship The Crucible, she knows she'll never see her family again. After three hundred years of stolen humans, she has every reason to hate aliens, but when she meets a sexy, horned Kathen, all of her assumptions are overturned.

Makios is a male on a mission, or he would be if he hadn't been taken by slavers. When the beautiful human female he's falling for is sold to a sadistic Amaran, Makios must save the girl, get on with his mission and help to reshape the their whole sector of space.

But with Rhona's owner determined to recapture his property, can Makios keep the woman he loves safe?

TRIGGER WARNING: There is an early scene of violence and a brief assault attempt at one point of the book which is not gratuitous in any way. The heroine lives in a world where human females are considered a sexual commodity. Please do not read this book if these things are a trigger for you.